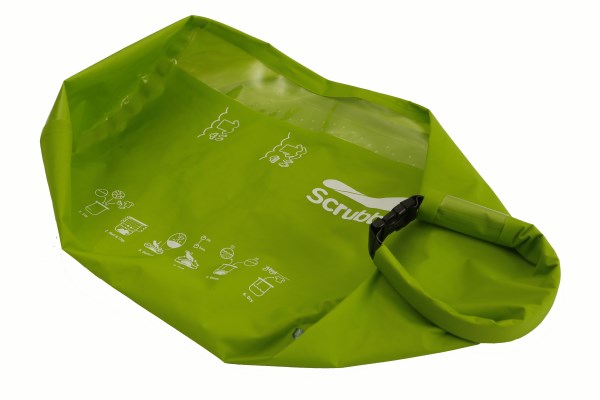 On any multi-day trip away from home, one of the concerns is packing enough clothing to meet everyone’s needs. Although not the heaviest item in a pack, the bulk of multiple pairs of socks, underwear, shirts and pants can quickly become a problem when dealing with limited space. Even when backpacking with just the bare basics, having a clean pair of socks to put on every day goes a long way in helping to prevent blisters and other foot issues. The Scrubba Wash Bag gives you a way to turn dirty clothes back into clean ones with about five minutes worth of effort. 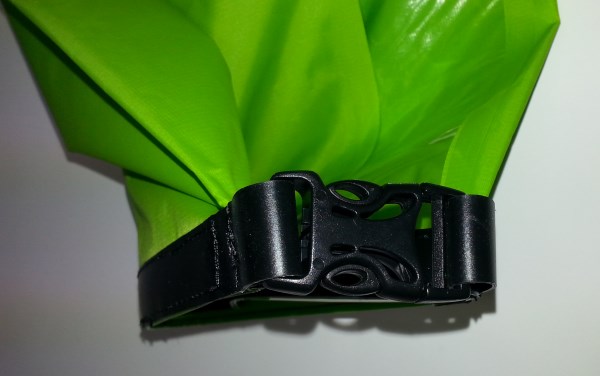 The Scrubba is one of those “why didn’t someone think of this before” kind of ideas. It looks like the second cousin of a dry bag that you’d pack your gear inside when canoeing or white water rafting. The top closes with the same kind of “roll it up” top seal that you’d find in many dry bags. But, to keep the weight at around six ounces, the body of the bag is made of lightweight coated nylon. There is a clear panel running the length of the bag that acts as the window on a front loading washer, so you can keep track of progress while you wash, but it doesn’t seem entirely necessary. The valve on the side lets you deflate the excess air out of the Scrubba before you start to scrub your wash. What really makes the Scrubba more than just another dry bag is the built in washboard. The bottom of the bag, on the inside, is covered with a knobby plastic mat that provides the scrubbing action during the washing process. 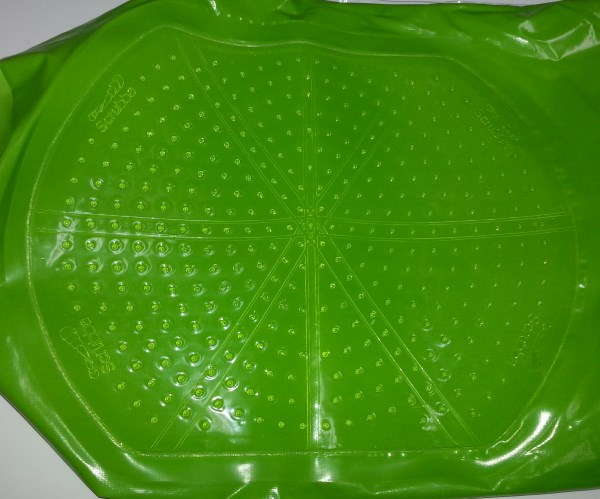 Using the Scrubba is pretty straightforward. The directions are printed on the side of the bag, in pictographic steps that would make IKEA proud. They break the process down into six steps:  Fill, Roll & Clip, Deflate, Rub, Rinse and Dry. There are a few hints for each step which you learn after running a few loads that make things easier, though:

1. When filling the bag with water, aim to make the contents the consistency of a thick clothing soup. It is also a good idea as well to start with about a third of the amount of soap that you think that you’ll need. As for capacity, when the bag gets close to half full, it is time to run a load.

2. For the roll & clip step, squeeze as much of the air out of the bag as you can, before rolling the top five or six times and clipping it shut.

3. When deflating the Scrubba, squeeze the open valve on the sides and then press down on the bag with your other hand for the best effect. (The latest models have an easier to use twist valve.)

4. The rub step seemed to work the best when pushing back and forth with long strokes at about two cycles a second.

5. Rinse is more effective if you take about five seconds to quickly squeeze the soapy water out of your clothes before adding the clean rinse water to the bag.

6. The clothes dry faster if you wring most of the water out before hanging them up to try.

Clotheslines for drying clothes can be anything from the curtain rod in a hotel room, if you wipe the top clean first, to a piece of rope strung between two trees or even the side of a bush, if it isn’t covered in thorns or pointy sticks. If it is windy outside and your clothes want to escape the clothesline, you can make clothespins in the woods from green sticks roughly the size of your finger that have been split about half way down the middle. Another easy solution is to run your clothesline between two trees, but instead of tying the line off on the second tree, loop it around the trunk a few times then wrap it once around the strung line. Then, head backwards to the first tree, making a double layer clothes line. If you sandwich your clothing items between the two pieces of tightly strung rope, they will be much less likely to blow off in the wind.

There are two warnings for using the Scrubba. First, zip up zippers and fasten buckles before washing. If you have to put anything pokey or pointy in the bag, be careful, since the body is lightweight nylon. Also, hang the bag up to dry with your clothes. It has been made waterproof, like most tents, packs and other nylon outdoor gear, by spraying it with urethane. This works great, but do be aware that if urethane is left wet for a long time, it will soften and stick to itself. There really is not a good way to unstick it, since the material is chemically bonding. But, this is easy to avoid by just drying your gear when well when done. 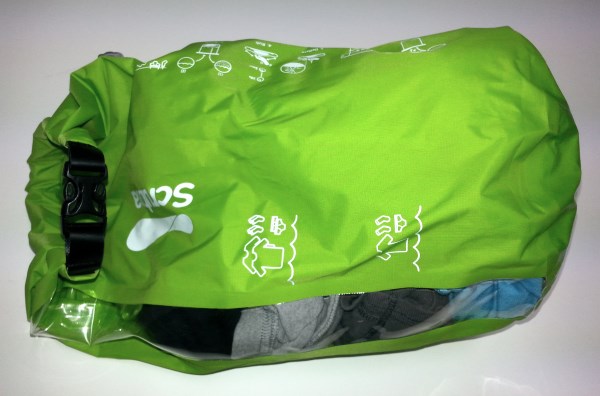 From the emergency preparedness perspective, something like the Scrubba would be a good fit for a bugout bag, 72-kit or a “get out of town” trunk bag. In all of these situations, you are dealing with space and weight considerations that limit how much stuff you and your family can take with you. The Scrubba gives you the ability to quickly wash your clothes on the go, with the same soap that you’re using to wash your face or hair. A change or two of clothes can now be enough for weeks, if you have a little time to wash them and a clothesline. The Scrubba can act as a “dirty clothes bag” to store used socks and such for a bit, until you collect enough for a load. Also, it gives you the option to possibly carry a little less clothing and use that space for other items, like a little more food or water.

All things considered, the Scrubba is a really neat idea and a well thought out product. With a little practice, it works surprisingly well. It isn’t cheap, but there aren’t many competing products and none of them are as portable. If you are at the point in your preparedness where you have you basic needs covered and are starting to get ready for longer term situations, then the Scrubba Wash Bag is certainly worth taking a look at as an option and has even been updated with a twist valve since we first tested it, making it easier to use.