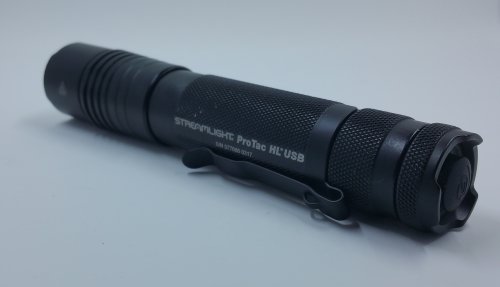 One of Streamlight’s most interesting models, which we’ve had the opportunity to bang around and take everywhere for the last few months, is the ProTac HL USB.  While the ProTac is as bright and durable as many other tactical flashlights, what sets it apart from the crowd is the ability to run off of three different power options. 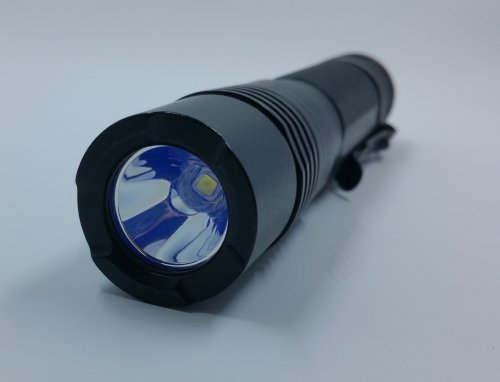 The ProTac HL USB runs a LED that can output up to 850 lumens. As a tactical model, the smooth reflector is optimized for a good balance between a spot and flood pattern. The light settings can be adjusted between three different pre-programmed patterns by playing with the TEN-TAP programmable switch on the tailcap. Changing the settings is a “read the instructions” event the first time around, but pretty straightforward once you figure out the system. Streamlight setup three switch pattern options: high/strobe/low, high only and low/medium/high. Tapping the power switch nine times in a row and then holding it down on the tenth press will change the switch over to the next preset pattern in line. After trying all the options I switched over to low/medium/high and stuck with it as the best balance between brightness and battery life. 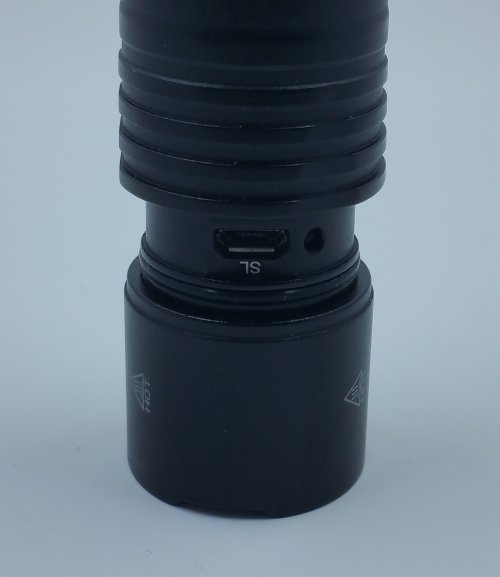 Pulling back the o-ring sealed collar located just behind the head of the light reveals the USB charging port and status light. Simply enough, the light is red when charging and turns green when complete. We found the charge times could vary a good bit, depending on the output of the power source. However, the ProTac was able to successfully recharge off of a cell phone wall charger, portable USB battery bank, laptop and desktop computer. 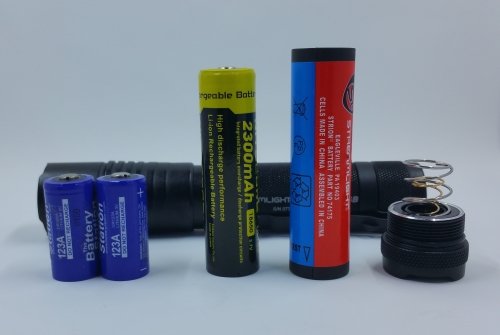 What really makes the ProTac HL USB a solid option for an emergency preparedness flashlight is all the battery options. The Streamlight battery included with the light is the only type that can benefit from the built-in USB charger. However, if it runs out and you need to keep going, the ProTac will run like a champ off of either a 18650 rechargeable or a pair of CR123A disposables. We had good results with all three power options. 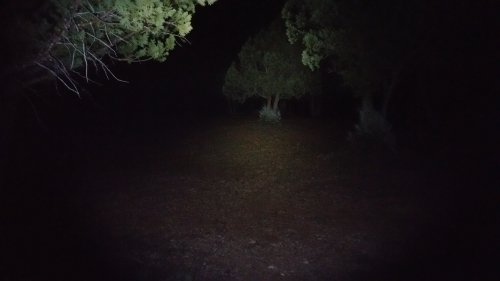 Streamlight, along with most other reputable manufacturers, uses the ANSI/NEMA FL-1 standard. As long as companies follow the FL-1 standard, the battery life and light output numbers on the package are reasonably comparable between different brands. Low power on the ProTac HL USB is 85 lumens for 12 hours, as shown above. This is easily enough light for moving around in the woods at night. 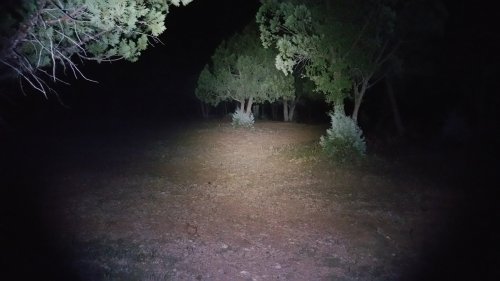 Another tap of the switch kicks things up to medium power at 350 lumens, as shown above, for 4 hours of runtime. This is enough light to help figure out if those shiny eyes in the distance belong to a deer or a bear. 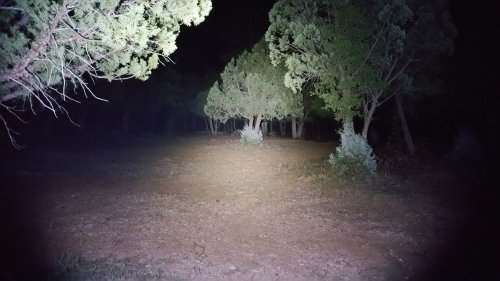 High output brings things up to 850 lumens for an hour and a half. This is what I consider to be the “tactical mode” of the light, as it is blindingly bright and creates a small patch of daytime where ever the ProTac is pointed. 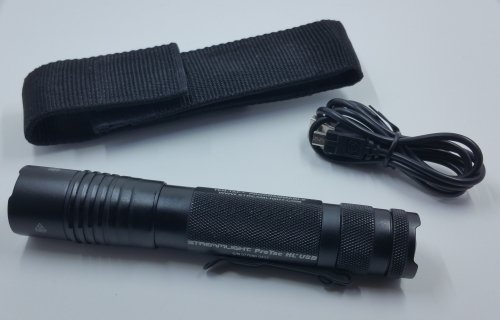 The Streamlight ProTac HL USB ships with a nylon holster, pocket clip, USB cable and rechargeable battery. The body is solidly built, weighing in at 7.3oz with the provided battery and well thought out. There is enough knurling to provide a good grip and the tailcap button is protected from accidental turn-ons by a raised three-part crown, which also allows the light to tail stand. The ProTac HL USB provides a good feature set for emergency preparedness with three different battery options and the ability to recharge off of pretty much anything that will recharge your cell phone, which could be a real benefit in a bugout bag.