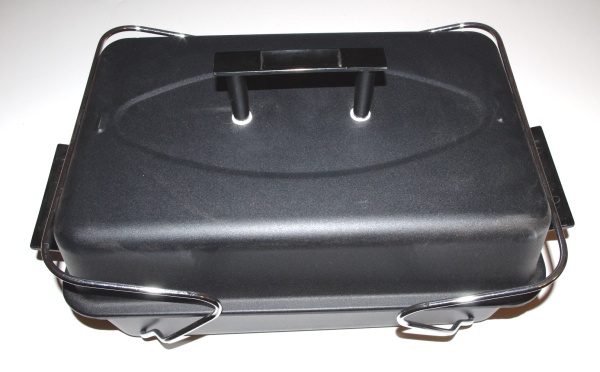 To explore the benefits of adding a small, portable grill to a preparedness plan, or using the grill you already own, as a way to easily expand pantry storage meal options during a crisis.

is the model that was used during all of our testing and recipe development.

When the power goes out, cooking becomes a concern, as soon as dinner time rolls around. Frosted Flakes will work for breakfast, a sandwich makes an acceptable lunch, but when you try Honey Nut Cheerios and Caesar Salad as a dinner combo, expect some odd sideways glances. What would really come in handy is a cooking unit that could not only take care of the meat that is slowly thawing out in the freezer, but also boil water and bake up some goodies to keep the kids morale up. 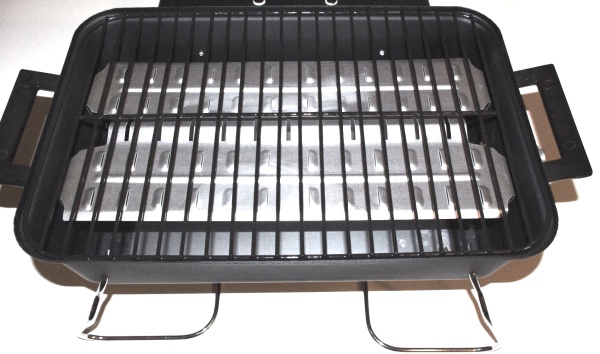 There are a few different tabletop grills out there, but this little Char-Broil is one of the less expensive models available and does better with even heating than others in the same price range. The metal baffles under the grate really help to spread out the hot spot. A pot that will fit under the lid, opens up the ability to not only boil water for coffee, but also make a variety of single pot meals. A Grill Thermometer

lets you hold a steady temperature well enough to make baked goods. Adjusting the gas and cracking the lid open just a little is the trick to finding those stable, lower temperatures. 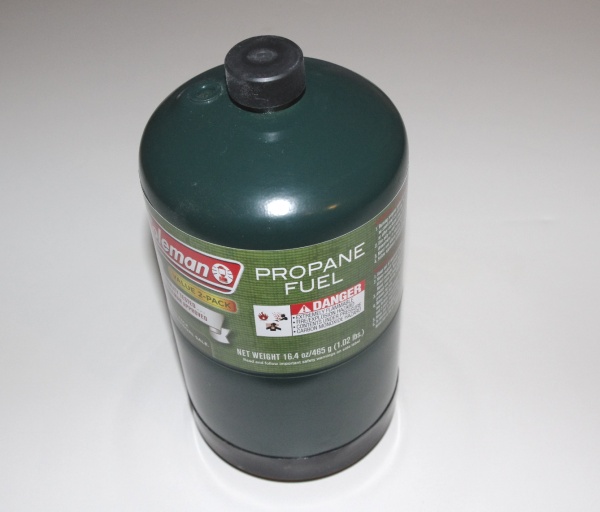 to run smaller grills off of larger tanks, like the ones commonly found on full size outdoor grills. If you already have a grill parked on your back porch, consider picking up a spare propane cylinder.

lets you fix everything from Pantry Pizza to Chicken Pot Pie with S’mores for dessert. The details on how to make these and more can be found in the recipes section of RealisticPreparedness.com. Try making something new on your grill this week, so that you have this skill for future use.