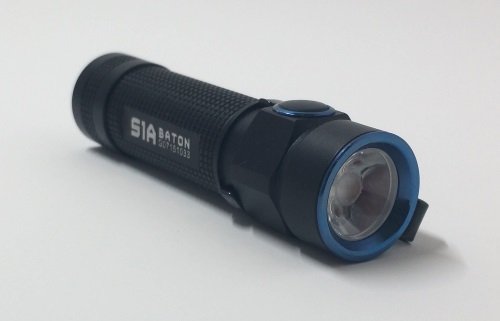 Single battery pocket flashlights are becoming increasingly common as they evolve with more features, higher output and longer run times. The Olight S1A Baton, which we’ve been testing for the last few months, checks all of these boxes. It is the first light of this size that we have seen which can output 600 lumens. 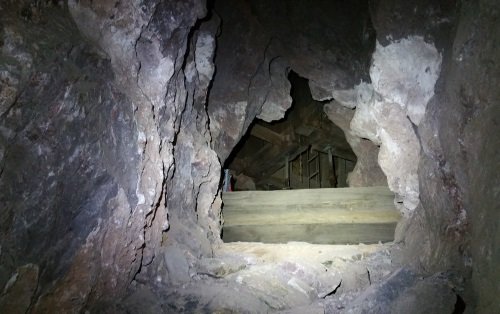 The big advantage of a pocket flashlight is that, due to its small size and light weight, you can literally always have one at hand. It can be a primary light for small jobs or a solid backup for a larger light. The Olight S1A Baton, which is just a bit over three inches long and only weighs two ounces, has logged a fair number of travel miles over the last few months. This isn’t the two lumen Maglight Solitare from the 1990’s. Ours went caving and the S1A can easily put out enough light to look down a side tunnel and illuminate the ~100 year old supports and scaffolding holding up the ceiling. 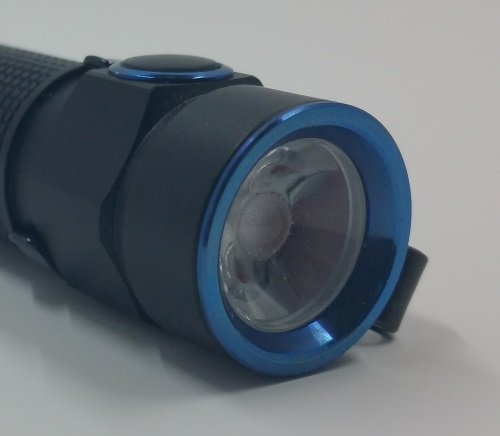 The business end of the Olight S1A Baton holds a Cree XM-L2 LED under a TIR lens, which gives the designers more control over the light than older reflector designs. TIR setups can also eliminate the need for the top glass lens, making for a more durable light. The body of the S1A is anodized aluminum with blue stainless steel accents and the finish has held up really well after riding around with pocket knives and car keys. 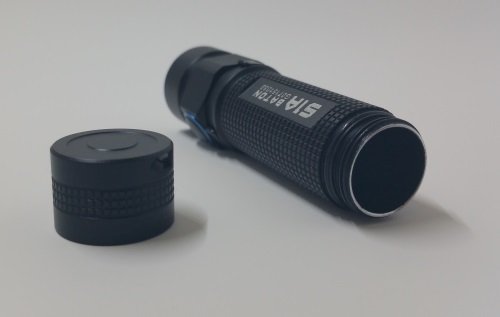 The tailcap at the rear of the light is o-ring sealed and the single switch is under a rubber button, making the light IPX8 waterproof rated to two meters for thirty minutes. The tailcap also houses a rare earth magnet strong enough to stick the light under the hood of your car or on a steel support when you’re one hand short. There is also a small hole on the tailcap for the lanyard that is included with the light, along with a pocket clip. Olight’s attention to detail is obvious, with no burrs or sharp edges on the S1A and smooth, greased threads right out of the box. 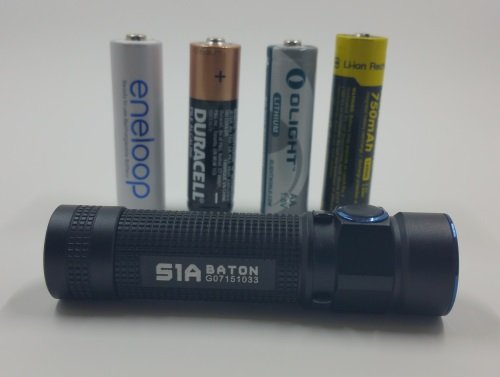 The Olight S1A Baton works with not only the lithium battery that ships with the light, but regular alkaline and rechargeable AAs. But, to get the most power out of the light, you’ll need to step up to a rechargeable 14500 Li-Ion Battery. Not all AA flashlights can run 14500 cells, as they output 3.7 volts instead of the AA’s 1.5 volts. It is a really, really bad idea to put a 14500 into anything designed to only run regular AAs. But, this higher voltage battery is what enables the S1A to run at it’s brightest setting. 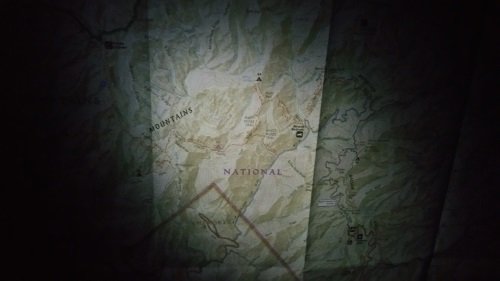 Holding down the single button on the S1A will cycle through the five different output levels when the light is running. The weakest mode is moonlight, which only outputs 0.5 lumens. However, this light level is still enough light to read a map and will get from 15 to 25 days of run time, depending on the battery used. The shortcut to get to this mode is to hold down the power button for one second when turning the light on. 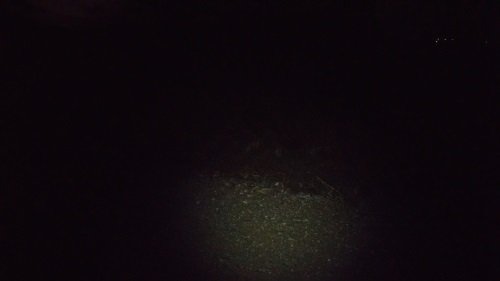 The low power setting outputs 5 lumens, which is enough to see what is directly on the ground in front of you and works well for finding your way around camp at night. The S1A gives 60 to 80 hours of run time at this setting, once again, depending on the choice of battery. 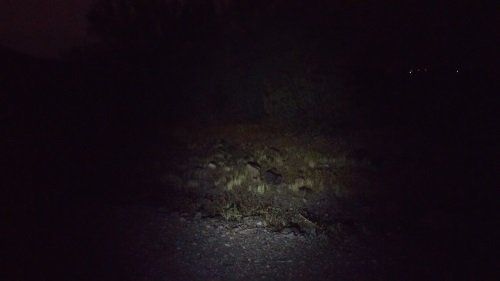 Medium kicks things up to 50 lumens and provides the anticipated increase in view distance. The battery life is still 6.5 to 10.5 hours. 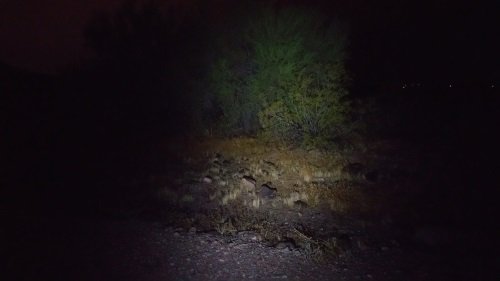 High boosts the output to 22o lumens for an hour and fifty minutes to two hours and twenty minutes. This is enough light to clearly see into the trees thirty feet away. Double clicking the power button when turning the light on will jump right to High or Turbo mode, depending on the battery used. 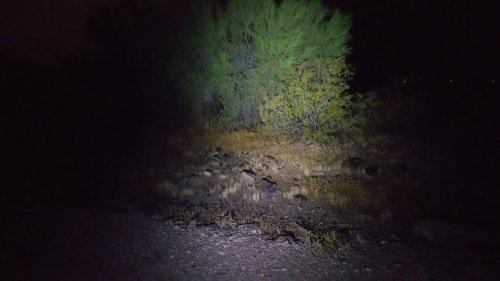 Turbo mode shows up when you load up a 14500 battery and blasts out 600 lumens with an hour run time. You can feel the light warming up rather quickly in your hand when turbo mode is running, so Olight did build in thermal management. The light starts out at 600 lumens in turbo mode, but will scale back to 300 lumens after the first minute so the heat output stays under control. 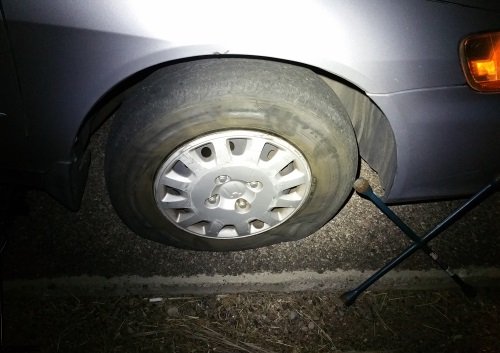 Keeping a good pocket light around has come in handy multiple times over the last few months and just makes sense for emergencies. The Olight S1A Baton certainly made changing a flat tire at night on the side of a dark road much easier. Given the feature set, build quality and ability to work with not only the common AA, but also the high performance rechargeable 14500 Li-Ion Battery, the S1A is the best pocket light that we’ve seen.