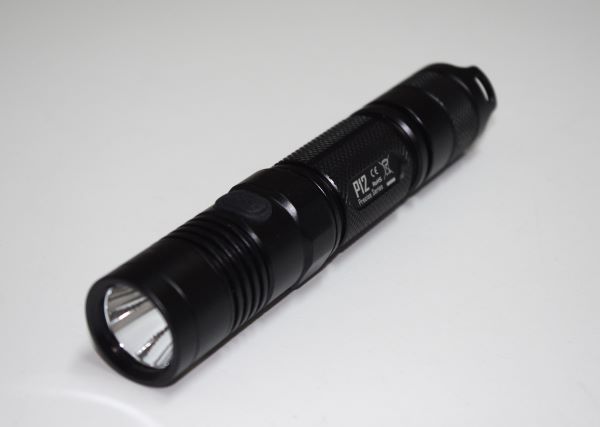 In an emergency situation, a good flashlight can be the difference between standing around in the dark and getting work done or moving to safety. The Nitecore P12 has a feature set that almost seems to have been designed with emergency preparedness in mind. Now, traditionally, I’ve usually been a fan of AA powered lights. They are fairly inexpensive, the batteries are cheap and good rechargeables like Eneloops are available. However, when someone is looking for more performance out of a light, stepping up to something that can use CR123 batteries is a solid option, since the amount of juice in a pair of AAs is often the limiting factor in both the brightness and runtime. 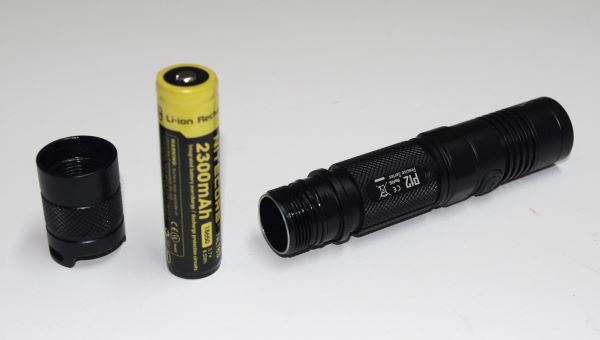 One of the nice things about the Nitecore P12 is that it gives you two different battery options. It can run on a pair of CR123s or a single 18650 rechargeable battery. This gives you the ability to use a rechargeable battery as a primary power source with the option to also drop in two CR123 cells as a backup. It is worth noting that, of the two options, the 18650 will provide a longer running time.

The P12 has two other battery related features worth noting. First, the P12 has a built in low battery warning. When the battery gets below 50% and the flashlight is turned on, the mode button on the side of the flashlight will flash blue every few seconds as a friendly reminder. Also, if you press the mode button and the tailcap button at the same time, then the blue light will act as a battery gauge and flash the current battery voltage. The first set of flashes will represent the value to the left of the decimal and then, after a short pause, the second set of flashes will add up to the number to the right of the decimal.

As mentioned before, the P12 has two buttons, a mode button on the side of the light and a power button on the rear. The rear power switch is protected by a crown to help prevent it being accidently “bumped” on. The bottom of the crown is flat, so the light can tail stand on flat surfaces. The power button can be pressed half way for momentary light or clicked for constant light. There are four brightness settings: High, Medium, Low and Low-Low. When the P12 is first turned on, it will start out at the last brightness setting used, so there is no need to scroll through all of the power settings every time.

The mode button on the side of the light is used to navigate through the four brightness settings. In addition to these four regular settings, there are three special modes that can be accessed by holding down the mode button:  Strobe, SOS and Emergency Beacon. Strobe is, just as most would guess, bright and disorienting. SOS is a automated three short, three long, three short flashing pattern. The Emergency Beacon is a “lost at sea” type of single intermittent flash.

Measuring flashlight performance recently got much easier with the adaption of the ANSI/NEMA FL-1 standard. Over a dozen flashlight manufacturers got together and agreed to test their lights using the same procedures in their labs for things like output, battery life and beam distance. As long as the companies that make the lights follow the FL-1 standard, the numbers on the package are reasonably comparable between different models and brands. However, since two flashlights with similar numbers can produce quite different real world results, we’ve included some situational tests to give you a feel for how the Nitecore P12 perform in the field.

The light produced on the “Low Low” setting, shown below, is minimal. It is enough to navigate around the house in the dark or see what is at your feet while outside. As the output is rated at 1 lumen for 520 hours of runtime with a rechargeable 18650 battery, this would be a good night-light setting for the kid’s room or a hallway during a power outage. 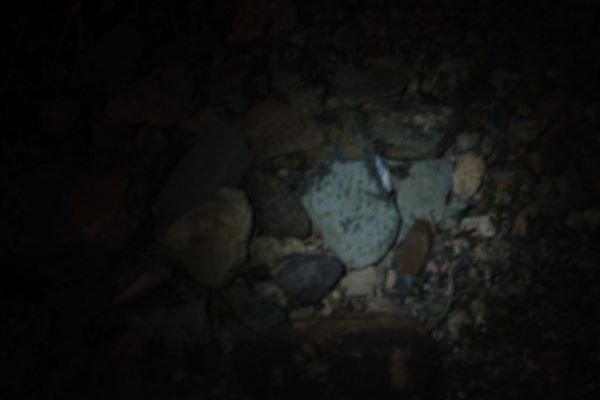 Low, shown below, is enough light to be useful for navigation in a well known area, around a campsite or inside most buildings. The output is rated at 50 lumens for 28 hours of runtime with a rechargeable 18650 battery. I used this setting to light up under a kitchen sink while spending a day solving plumbing issues and it worked well. 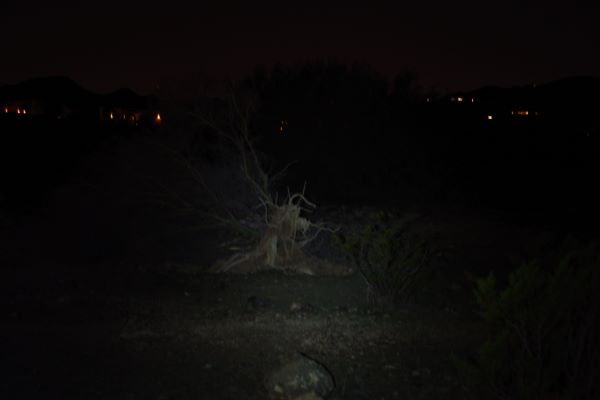 Medium puts out enough light to cover most any situation where a flashlight could be useful. The output is rated at 210 lumens for 6 hours of runtime with a rechargeable 18650 battery. This is the highest setting that I have found useful on a regular basis while outside. 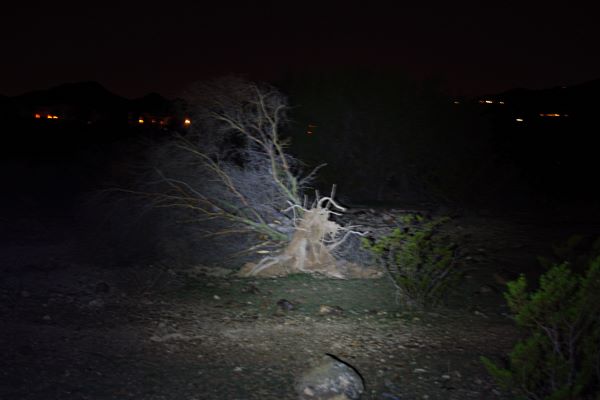 High, shown below, puts a chunk of the sun at your disposal. The output is rated at 950 lumens for just 1 hour and 15 minutes of runtime with a rechargeable 18650 battery. This amount of light could come in handy for self defense, as it is nearly blindingly uncomfortable to look at. It is nice to have the ability to throw out this much light when you are going into the backyard to investigate the source of a strange noise and want to burn away the shadows. But, considering the level of battery drain and heat generated, it is designed to be used intermittently. The P12 will downstep the light output after about three minutes, as the light warms up, to help keep things from overheating. 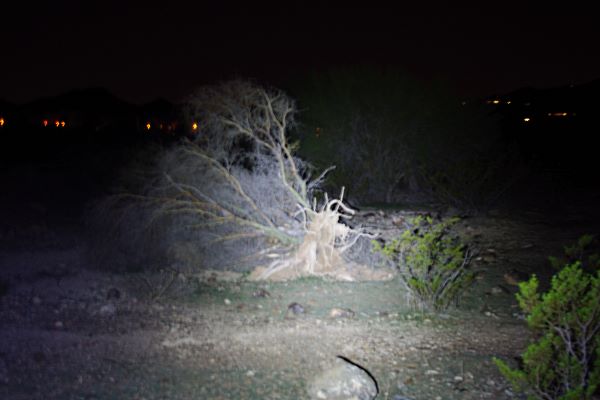 Nitecore did a nice job boxing up the P12 with a good selection of accessories. It comes with a surprisingly well made holster that has both velcro flap and sewn loop belt loop options. There is also a small bag with spare o-rings, a pocket clip, a tactical ring, lanyard and an extra rear rubber switch cover. I appreciate the thought that went into including the spare o-rings and such, as trying to find an exact match for a light after a few years can be a hassle.

Right out of the box, the P12 has the feel of attention to detail and a well designed light. The tail cap comes off smoothly with clean threads and silicone lube from the factory. The knurling is deep enough to provide a good grip, without being sharp. The lens is glass, not plastic and the body is well designed. During a power outage, it could serve as an emergency signal, a night light, an around the house light and also be ready to light up the whole yard. For those wanting to move up to a more powerful light, the Nitecore P12 has a lot to offer and is available from both Amazon.com with free shipping and other sources.