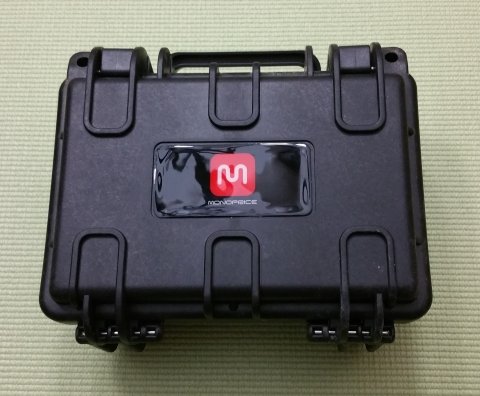 Monoprice probably isn’t the first or even the second name that comes to mind when you start looking for a hard case to protect your gear. But, they do have twenty different case sizes available for around half the asking price of some name brand cases. So, what are you giving  up when you buy a Monoprice hard case, instead of a more expensive one to protect your radio, pistol or camera? To answer this question, we ordered a “Weatherproof Hard Case with Customizable Foam, 8″ x 7″ x 6” ” to get our hands on one. 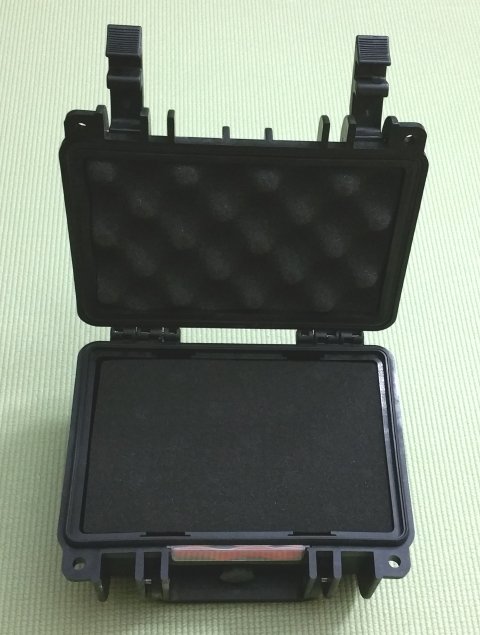 When you pop the hatches and crack open the lid, the inside of the case looks similar to many of the other offerings out there. The edges have a raised ridge/gasket combo, so when locked shut, it is waterproof. Regarding environmental protection, the case has been tested and earned IP67 rating. The “6” means that it should totally protect the contents against dust and the “7” represents protection against submersion in up to one meter of water for up to half an hour. 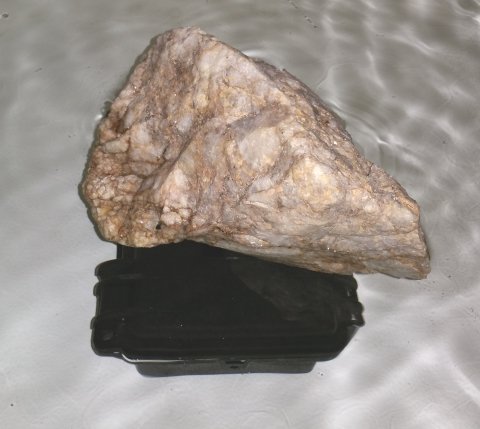 We subjected our case to the “hose test” which consists of spraying the heck out of it in the back yard for a few minutes, after which the inside was still as dry as a bone. Then, we put it under water with a rock on top to make sure it didn’t wander off for about an hour and still found no signs of leakage. After all this, the inside of the case stayed dry and the outside suffered no more than the removal of some mold release agent residue. 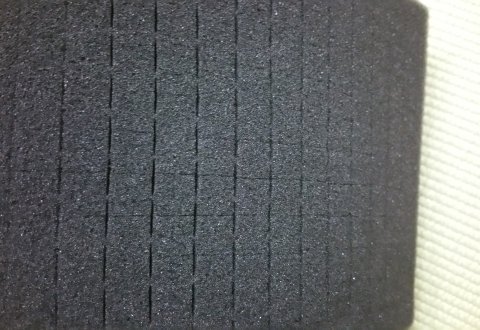 The lid of the case is fitted with a piece of eggcrate type foam, while the bottom is lined with a flat, rectangular section. Neither piece of foam is glued in place. The volume of the case is filled with a third chunk of open cell foam of the “pick and pluck” variety, making it easy to create a void shaped to fit a specific piece of gear. 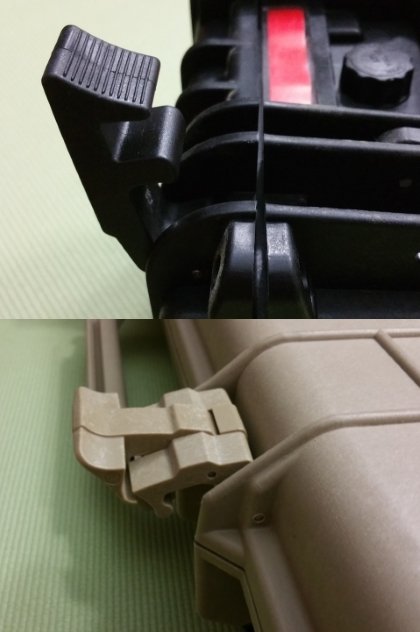 There are a few areas where these cases are obviously less complex than the more expensive varieties. When the Monoprice Hard Case (black) is compared to a Pelican case (tan), two main differences stand out. The first is that the latch mechanism on the Monoprice case is of the simple, one piece “c-clamp” variety, while the Pelican case uses a fancier “double throw” latch. Older Pelican cases used a similar c-clamp style latch, prior to their upgrade to the newer, double throw style. 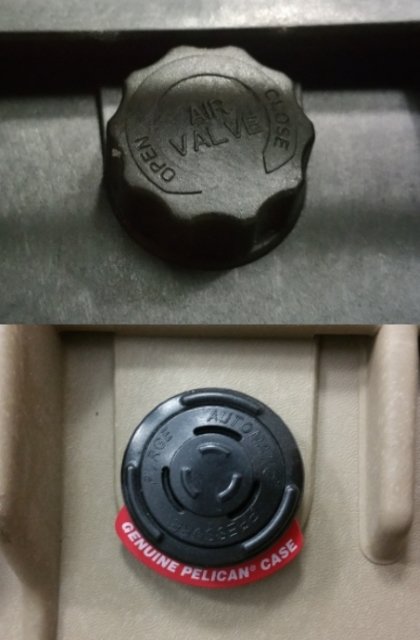 The other big difference is that the Monoprice case has a simple, twist style air valve. By contrast, the Pelican case uses an automatic pressure equalization valve, which uses a Gore-Tex membrane to let air pressure through, while keeping water out. If your plans include large changes in altitude, this might be a pretty nice feature, but otherwise it is not a major factor. 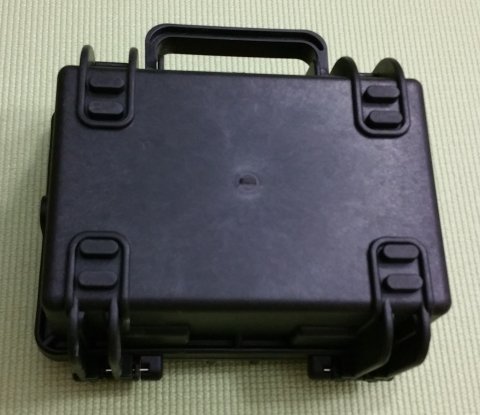 In the end, our Monoprice Hard Case Review had a hard time finding a reason to not to like these as good, budget friendly gear storage boxes. While the feature set is more basic and the construction probably isn’t as overbuilt as some of the more expensive options, it is plenty strong enough to support my weight when I stand on top of this one. You do seem to get a lot of case for your money and, for most users, it should offer plenty of protection.