Magpul PMAGs, A Step Up From USGI Magazines 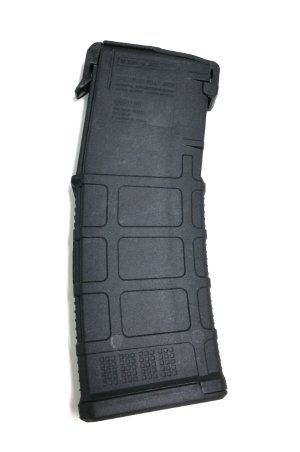 AR15s are the closest thing that the world of firearms has to a Lego set. There are multiple options available for every part of the gun and the magazine is no exception. At their core, these magazines were designed to be disposable boxes that hold ammunition and feed it into the weapon. However, in a system whose original design goes back to the 1950s, advances in technology have opened the door to innovation. Magpul is a company who has been coming up with innovative AR products since 1999, such as the Magpul PMAG, with the current model being the M3. 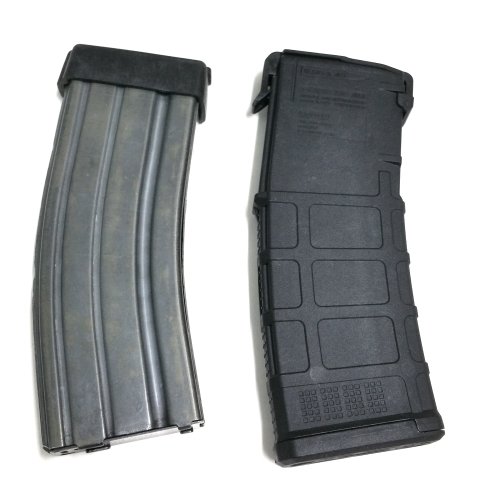 With all of the new magazine options popping up on the market over the last few years, a common question is “what’s wrong with the government issue mags?” In short, nothing. As long as they aren’t bent, are kept clean and have a good spring/follower it is a design that has worked well. But, newer GI magazines have still evolved over the years. A modern aluminum body mag takes advantage of considerable innovations, such as improved followers, better springs and more coating choices. We are currently in a market flooded with variety and good options. 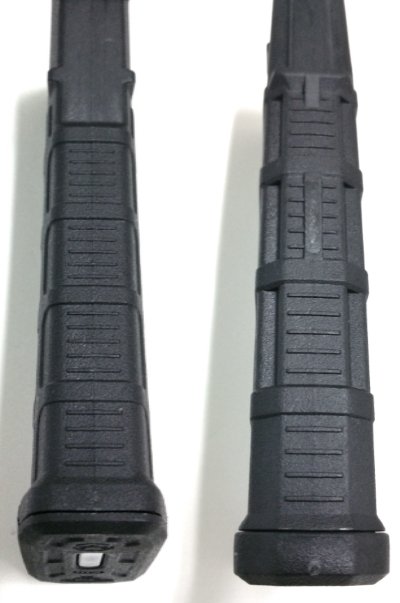 Although Magpul’s PMAG is certainly not the first polymer magazine design, they are extremely popular. The first thing that many folks notice is that the bottom half of the magazine is textured to make it easy to hold on to, such as when pulling a PMAG out of a mag pouch. The front and rear of the magazine also have a prominent lip to prevent an overly enthusiastic user from shoving the mag too far up into an AR’s magwell. 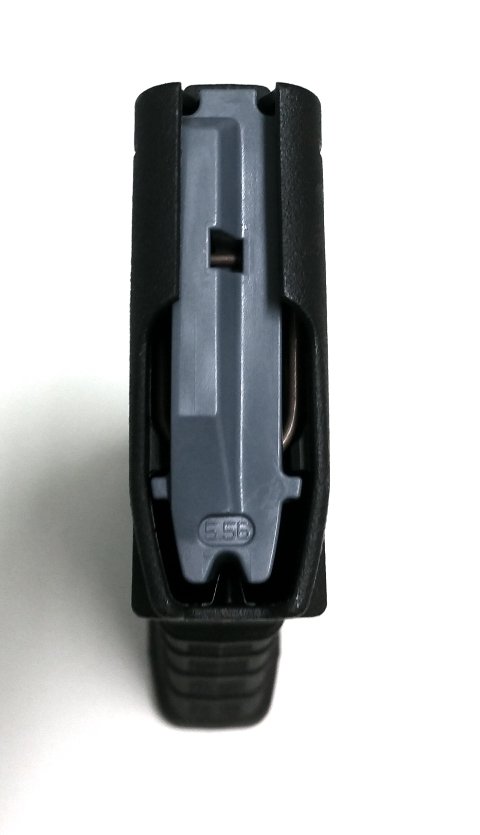 The follower has been designed to work with the mag body to help prevent jamming issues via a four way anti-tilt design, which is a feature shared with the newest USGI magazines. The feed lips are polymer, as they are molded with the rest of the body. However, multiple data points suggest that in various mistreatment scenarios, the polymer magazines can be somewhat more durable than their aluminum brethren. That said, the best practice is still to try and avoid dropping magazines, throwing them off of buildings or running them over with trucks. 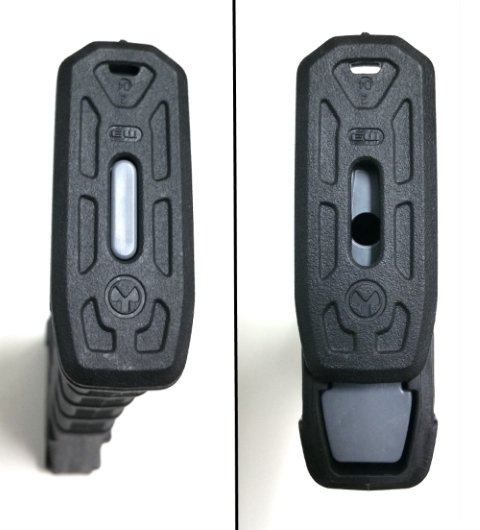 One area where the PMAGs are certainly much easier for me to work with than the standard USGI magazines is in their baseplate design. The bottom of the mag and baseplate flare out a couple of centimeters past the body, giving you something to grip when pulling a mag. Also, in order to take a Magpul PMAG apart for cleaning,  all you have to do it to depress the “button” in the center of the floorplate with your finger and then push the floorplate from the front to the rear. No tools are required. 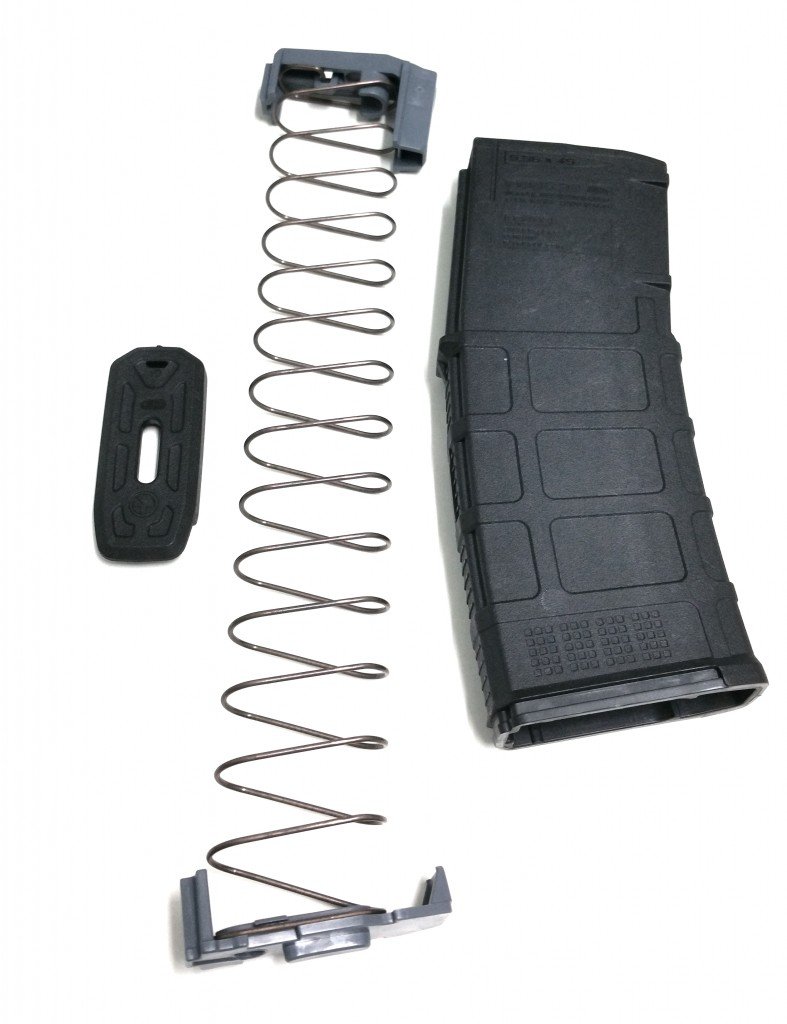 PMAGs use stainless springs, just like the latest and greatest GI mags, and both mag types take the same replacement springs. One plus to the newer polymer design is that after cleaning, it is all but impossible to improperly reassemble the magazine. Unless you are using a hammer, the design is pretty much everyone proof. The spring/follower assembly won’t go in backwards or upside down and the floorplate only slides on one way, so even if someone is tired and working in poor light, proper reassembly is easy. 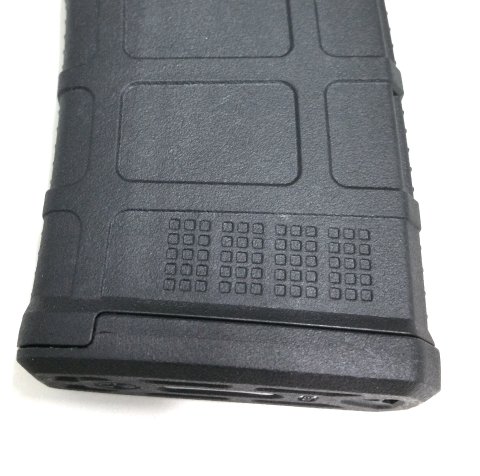 The last feature to stand out, and one that is a new addition to the latest generation of PMAGs, is the paint pen dot grid on the lower portion of the mag body. It is four sets of fifteen depressions molded into the magazine. This gives you an easy way to keep track of a number of options such as age of a magazine, special ammunition inside, log possible magazine related failures, help keep your buddies from “accidentally” picking up your mags and an easy way to keep your 300 BLK and .223 setups separate. All in all, the Magpul PMAG has a very well thought out design that has continued to innovate and improve since they introduced the original version. For an extra buck or two, they offer a number of features not found in the standard USGI mags and are available in 30 round, 20 round and 10 round versions.