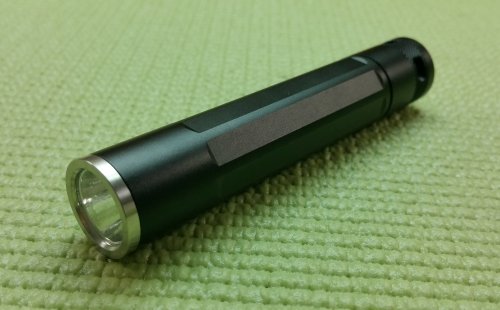 is a handy little flashlight, which fits in the middle ground between keychain lights and standard size models.  It is a dual mode light that is small enough to stick in your pocket and forget that its there. The main compromise is that the Inova X1 has a shorter battery life and lower output than some of it’s larger brothers. Comparing the X1’s stats to other lights is pretty straightforward, since Nite Ize uses the ANSI/NEMA FL-1 standard. As long as companies follow the FL-1 standard, the numbers on the package are reasonably comparable between different brands. 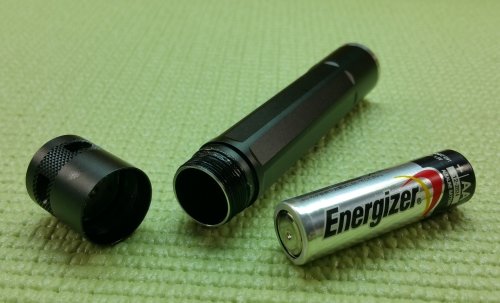 The Inova X1 runs off of a single AA battery, which is changed via the removable tailcap. This cap is the only “moving part” on the light and it is sealed with an o-ring. The light is rated at IPX4 for water resistance, which means the X1 is splashproof, but it would not be a good idea to take one in the pool. This light comes from the factory with an Energizer battery and silicone greased threads, which is a nice touch. 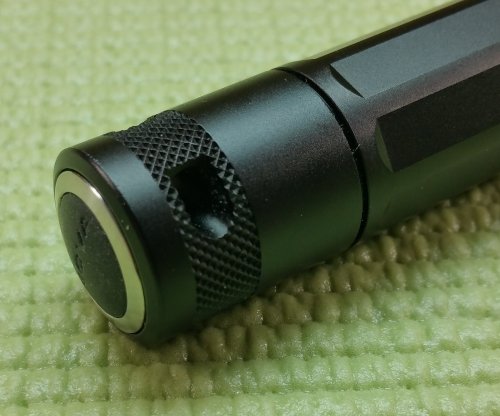 The tailcap is also the switch to turn the light on and off, as well as adjust modes. Pressing the tailcap down will give you intermittent light at high output and a second push will do the same on low power. Twisting the switch down turns on constant high power and a second on/off twist will put the light into constant low power output mode. What makes this light a good choice to keep in your pocket is that turning the tailcap one full twist counterclockwise will lockout the switch, so it stays off.

Low output is shown above on some shrubbery fifteen feet away, which is about the limits of usability for this mode. The light output is rated at eleven lumens for seventy hours. This would be plenty of light for finding your way around inside a house, tent or locating dropped items in a vehicle, but not all that great for longer distance work outdoors. 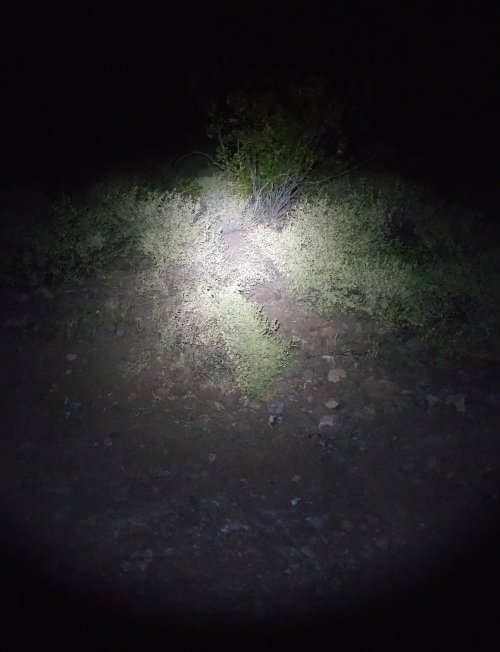 High output, shown above, is rated at eighty lumens for four hours. This is easily enough light for finding your way around outdoors. With the way the optics are designed, most of the light is focused in the center spot. The Inova X1 allows viewing at a surprising range from a light this size, but with the tradeoff being a reduced flood area. 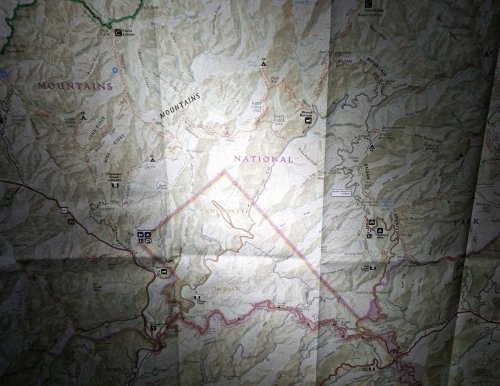 The Inova X1 produces plenty of light on low mode for map reading. One tweak that I would like to see is the light turn on low mode first, then high. With seventy hours of battery life instead of four, it makes sense to use low mode as often as possible and for most of my pocket flashlight needs, low power works just fine. Also, there are times, such as hunting, where you want to use the lowest amount of light possible. Currently, I’ll put one hand over the reflector end of the light, before turning it on twice to get into low mode. All things considered though, the Inova X1B-01-R7

is an excellent little pocket light, if you can work with the output and battery life tradeoffs that come from moving down to a light this size.