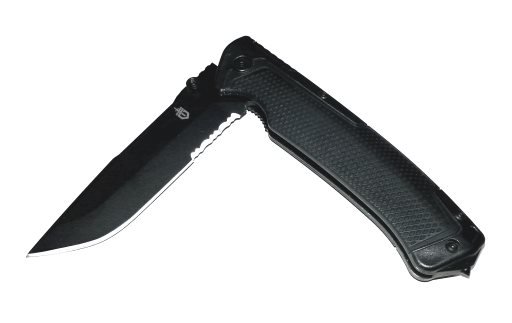 I’ve been carrying the Gerber Decree for the last few months and have formed some strong opinions after keeping in easy reach for so long. It has been in my pocket on work days, the weekends and some trips outdoors. Although it is not an absolutely perfect knife, it is a lot of knife for the money and seems to have been designed with emergency preparedness in mind.

What originally got me interested in the Decree is that, even though the blade is made of high-end S30V steel, this knife can be found for well under $100 on Amazon, with the usual free shipping. If you are not familiar with S30V, it is a clear upgrade from the common stainless steels found in most inexpensive knives. Most knife blades are made out of steels that were designed to be turned into products such as ball bearings, molds for plastic parts and leaf springs. Some of these steels just happen to make good knife blades. S30V is one of the few steels out there that was originally designed with high-end knife cutlery in mind, so it has a good balance of characteristics important for modern blade designs. We’ve already discussed knife blade steels in a podcast before, but a quality steel, with good blade design and proper heat treatment is what makes an excellent knife blade. Gerber has a seventy year track record of manufacturing and still even makes some of their tools in the US, so they are able to check this box.

At 8.7 inches long, the Gerber Decree is not a tiny knife. The blade accounts for 3.7 inches of the total length, which gives it enough room to have both a very usable plain edge with a short serrated section towards the handle. Blades between three and four inches in length tend to be popular for folders, as they are small enough to fit in your pocket without a problem, but large enough to give you a versatile cutting tool when you need it. I am a big fan of the sharp plain edge, but the serrations come in handy for a knife that could be needed to quickly saw through rope or seatbelts in an emergency. Automotive emergencies or a very similar situation seems to have been a consideration in this design, as the back end of the handle has a pointed metal insert designed to be used as a glass breaker. The blade itself has a surprisingly durable black ceramic coating that survived normal daily knife use quite well. The blade design is what Gerber considers a modified tanto, so expect a sharp, reinforced point. Like all good factory knifes it is sharp out of the box, but a few minutes with a stone will really give it a scary edge. In testing, it was plenty sharp enough to shave up a nice pile of fatwood shavings that would easily start a fire in an emergency situation. The only issue with the blade would be some minor machining marks along part of the spine, just in front of the jimping. It was a non-issue in terms of functionality and largely hidden by the blade coating, but worth noting for those who are very detail oriented. 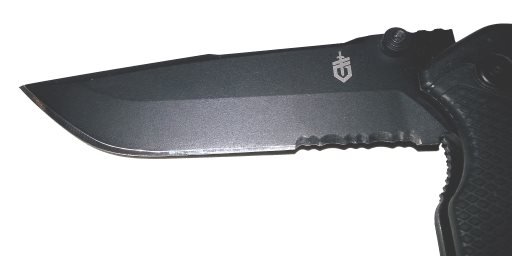 The Gerber Decree uses a well designed liner lock, with minimal blade play when opened. The lockbar is textured, making it easy to get a grip on it with your thumb when it is time to close the knife. For opening the knife, you have the option of either using a thumbstud or flipper. The flipper is the easier of the two options to operate one handed, with a well timed flick of the wrist. In practice, the thumbstud worked best when used in conjunction with the flipper to get the blade started and then it is easier to get a better angle on the stud. 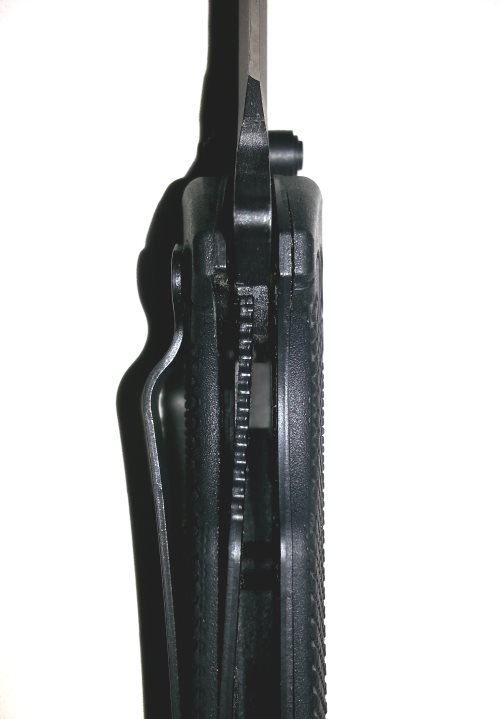 The handle of the Gerber Decree is a multi-layered affair. Glass-filled nylon is the primary material used to give it an ergonomic shape. This is screwed to full length steel liners and the outside is covered in grippy diamond rubber panels. It fits well into the hand and has a rectangular hole towards the rear for a lanyard. Honestly, there is nothing really exciting about the handle, but nothing really wrong with it, either. It is a solid, functional design that I found to be comfortable in the hand, while still thin enough to carry in a pocket without a problem.

The one issue I do have with the Gerber Decree involves the clip. The design of the clip itself is not bad. It is held to the handle with two screws and can be mounted  in two different locations for either tip-up or tip-down carry. The clip has a rounded flare at the end, so it is easy to get it started on the edge of a pocket and there is plenty of spring tension to hold it in place. The problem comes from the fact that the clip holds the knife very firmly against the diamond rubber side panel on the handle. The diamond rubber panel creates a good bit of friction against the pants pocket, making the Decree a bit of a challenge to easily pull out in a hurry, especially from sitting down or other odd angles. I tried it with jeans, khakis, canvas pants, nylon shorts and consistently ran into this issue. Perhaps this was a design decision, as you could jump out of a plane and not worry about the Decree falling out of your pocket. The best workaround I found, without modifying the knife, was to grip the top of the handle my thumb and pointer finger, leaving my index finger free to pull up slightly on the end of the pocket clip to relieve some of the tension so the diamond panels would grip less. The only real change I’d like to see Gerber make to the Decree would be to either do away with the diamond rubber panel on the clip side of the knife or to not have the grippyness extend under the clip. 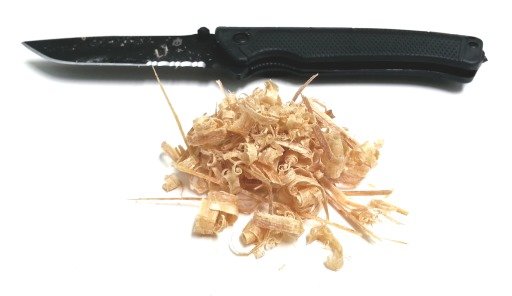 All things considered, the Gerber Decree is a solid knife for the money.  It is well designed, made in Portland, Oregon and has a good set of emergency preparedness related features. It is small enough to keep handy in your pocket, but still gives you enough knife to escape a damaged vehicle, build a fire and also handle a thousand other common situations. My only issue with the design is the grippy nature of the diamond rubber grip when clipped to a pocket. Although listed at $109 retail, it can certainly be found for less on websites such as Amazon.  There are very few knives with S30V or other premium steel blades in this price range and it is impressive that Gerber manages to do it with US manufacturing and quality control.