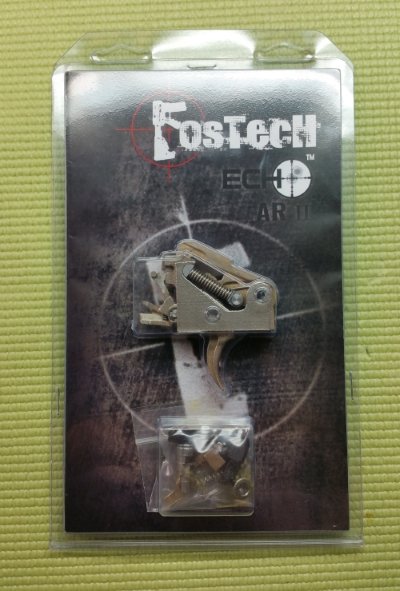 Many of the AR lowers for sale today have an unused third position on the safety selector. “Safe” and “Fire” make perfect sense, but what about that wasted option that is sometimes blank, given a pictogram or labeled “Undead”? The Fostech Echo AR-II trigger gives shooters a way to take advantage of this often wasted setting with the Echo shooting mode, which fires the rifle on both trigger pull and again on trigger release. 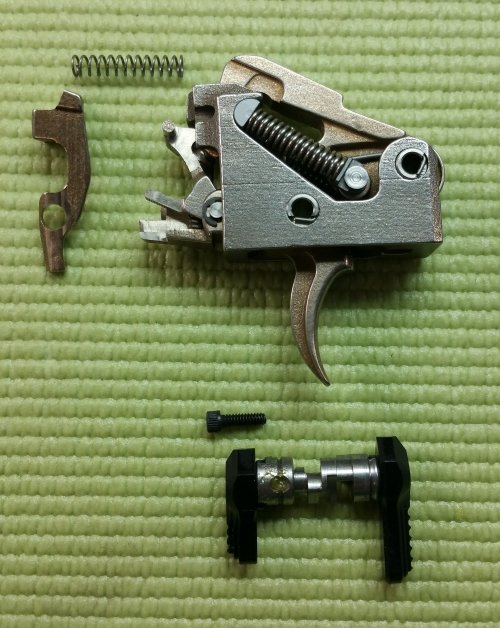 The Echo AR-II comes with the trigger assembly and an ambidextrous safety. It does not come with a safety detent and spring, trigger pins or a bolt carrier group. The orignal version both came with and required a specially modified bolt carrier to function, but this is no longer the case. The AR-II version should work with any M16 style carrier and we had no issues when running ours with the Sharps Balanced Bolt Carrier. 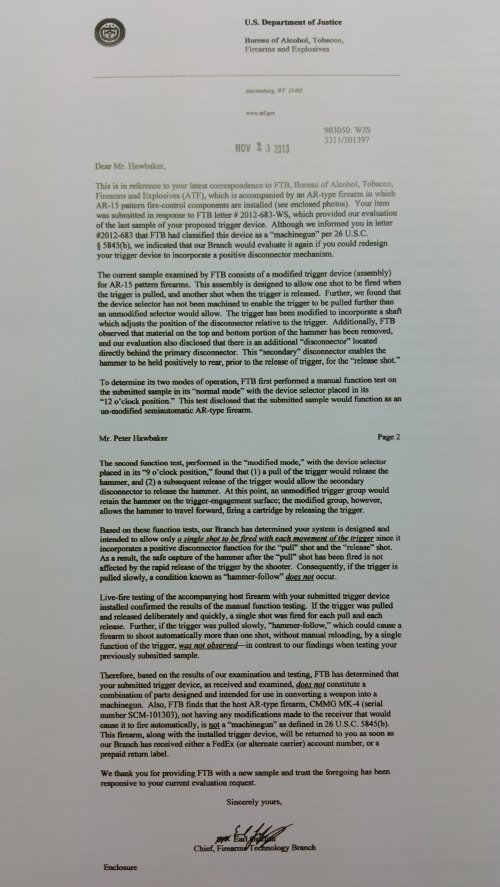 Since 1986, the ATF has taken a rather dim view of people building machine guns. However, “machine gun” has a very specific legal definition. There have been quite a few products over the years that attempt to give some version of the full auto experience without putting a toe over that legal line. The Echo trigger is designed to follow the rules very specifically and comes with a copy of the ATF letter as evidence. However, residents of Oregon, Washington, New Jersey and North Dakota are out of luck due to variations in their state laws. 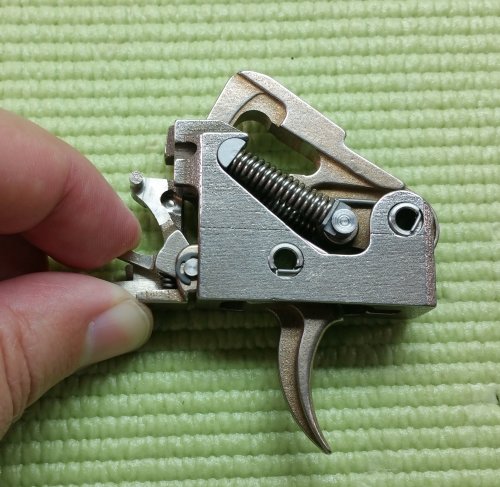 Installing Fostech’s trigger is not difficult, but there are a few nuances to the process. First, a friendly warning, do not pull the trigger until it is installed in a lower receiver, as doing so could result in hunting for springs. The first installation step is to squeeze the small lever on the back of the assembly, as shown above, to unlock the trigger. 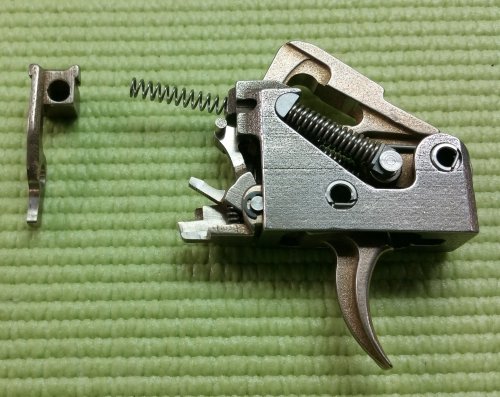 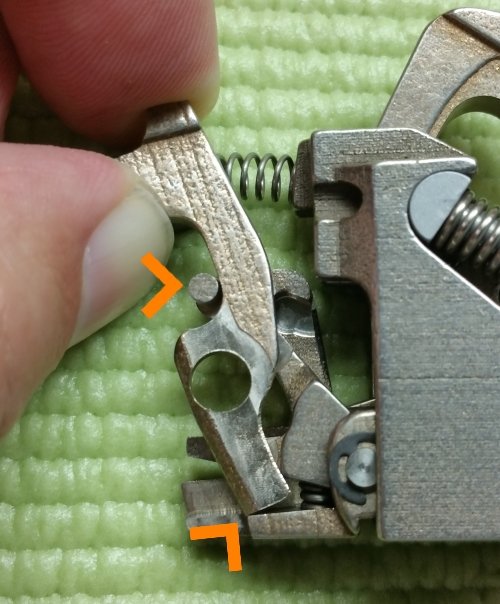 Installing the trigger lock correctly can seem like a challenge, but it is not difficult. Simply make sure that the post is behind the back of the lock and that the bottom is resting on the small shelf, as shown. 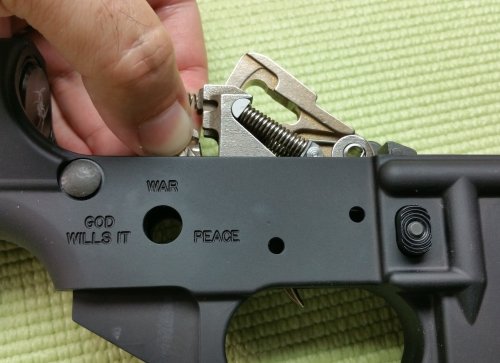 Once the trigger lock is in the correct position, pinch the parts from the sides to hold everything in place. Then, just slide the assembled trigger into the lower. 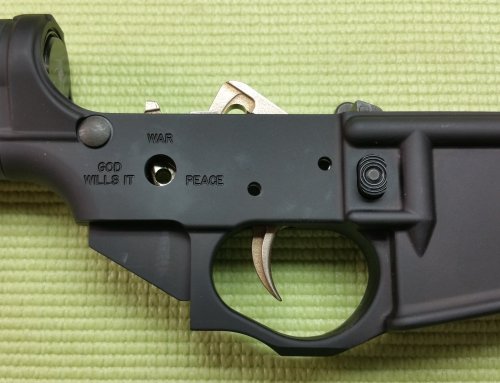 The Fostech trigger is in the proper position when the safety selector hole is centered and both of the trigger pin holes are lined up with the receiver. Flipping the receiver over and tapping the trigger pins in from the left side will help hold everything in place. 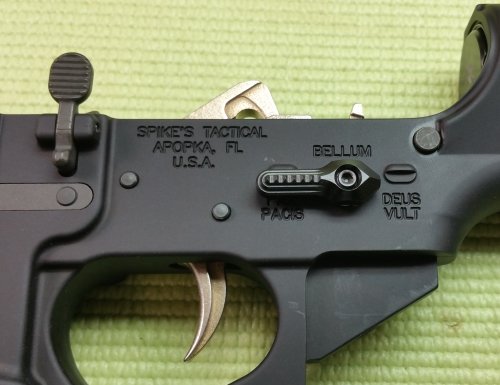 Next, insert the safety selector and wiggle it into position. The pointy end of the lever should be pointing towards what would normally be the “full auto” setting on an M16. 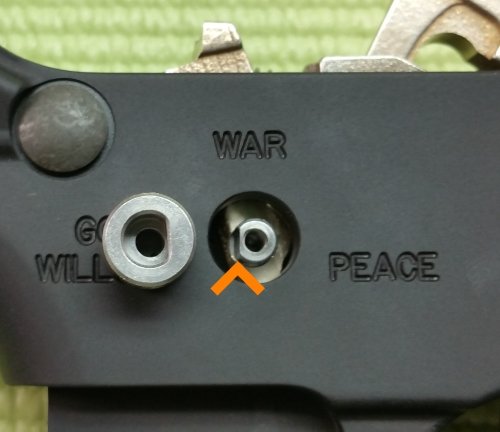 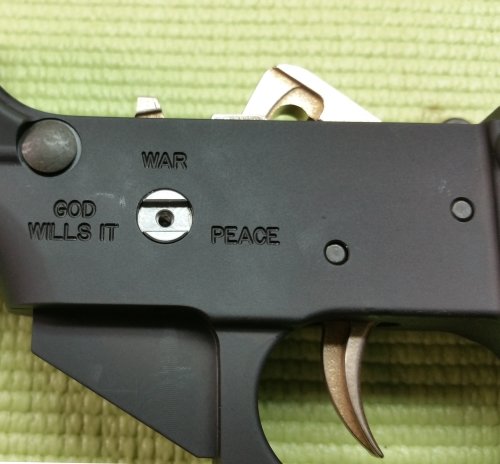 When the detent cap is installed correctly, there will be a channel for the short safety selector lever to sit inside. 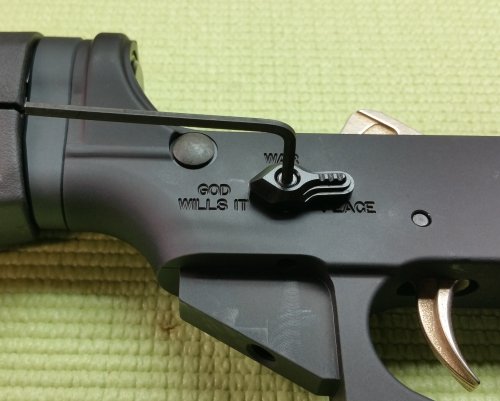 Set the short lever in the channel with the arrow pointing to what would be the full auto position on an M16. Then, tighten the retaining screw with a 3/32 Allen wrench. It is possible to swap the long and short levers, but the screws are different lengths, so make sure that each side keeps its own screw. 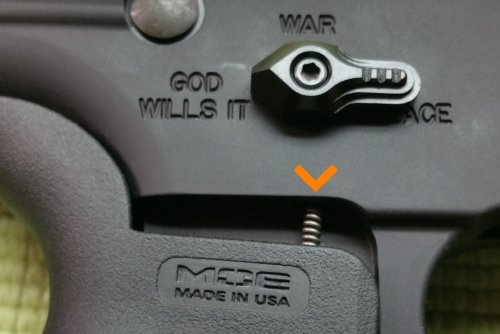 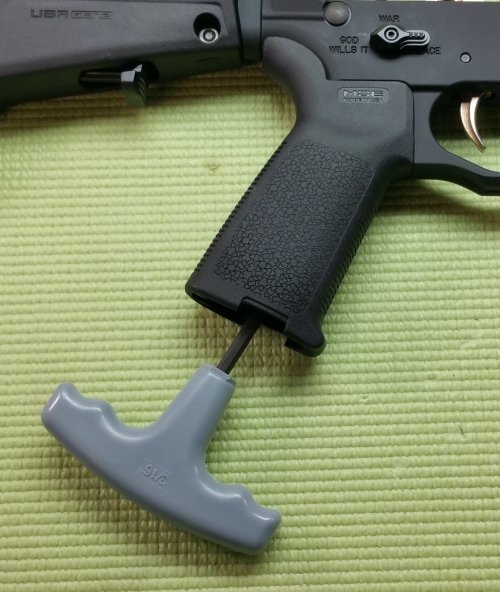 As a final step, tighten the grip screw with a 3/16 Allen wrench. 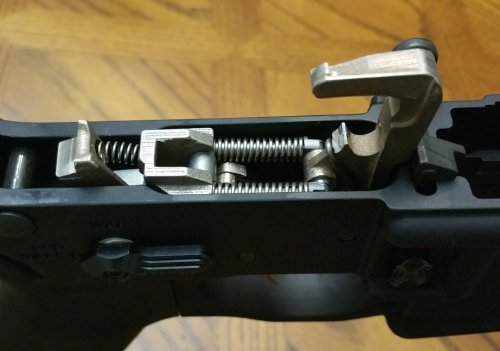 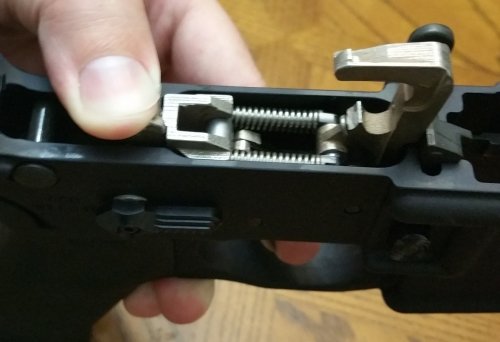 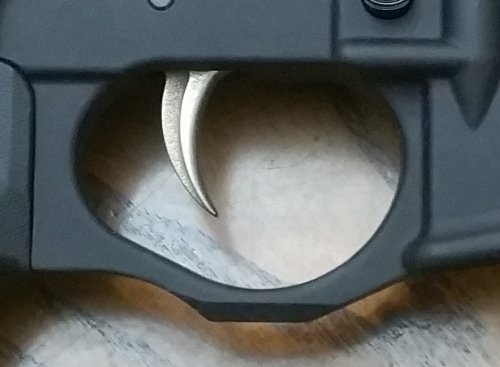 We found the trigger pull on the Echo AR-II to be surprisingly good. The pull weight is less than a mil-spec trigger and noticeably smoother. Take-up is shorter than our reference USGI parts with less creep and a clean break. One thing that does change significantly between the Fire and Echo modes is the amount of over-travel.  Echo mode feels like it adds twice the amount of over-travel compared to normal firing. We did find that it took a little practice to get used to this different feel, as well as the trigger firing the second round on the release. It is important to pull the trigger far enough to the rear in Echo mode, as the “second shot” takes place at about the midpoint of the trigger return stroke. 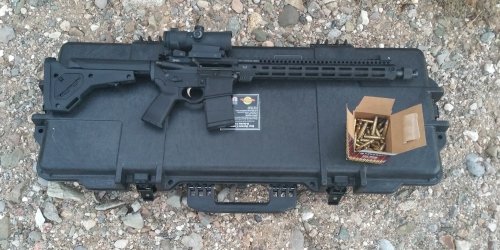 That said, shooting Fostech’s Echo-II trigger is ridiculously fun. We had four different shooters test fire both the standard and echo modes. All were impressed. The consensus was that the traditional single shot mode provided a better than USGI trigger pull. But, Echo mode is what really put a grin on everyone’s face. I’ve had the opportunity to shoot a legal full auto AR rifle before and this can be a surprisingly similar experience. In a home defense situation, a Fostech equipped rifle would clearly state to everyone not invited that “you really picked the wrong house”. This biggest drawback to the Echo-II, which is shared by full auto rifles, is that you can go through a lot of ammo very quickly. It takes some practice to learn good trigger control. This should be easier with the Fostech design over true full autos, as you are not stuck at 700RPM with an on/off switch. The Echo-II really shines with controlled double taps, as we could consistently put pairs of rounds on the target until the mag ran dry. What the Fostech Echo AR-II really gives shooters is the option to choose between a good single shot trigger and the target chewing Echo mode.

If you want to see our favorite AR buttstock to pair up with the Fostech Echo AR-II trigger, then review our Magpul UBR Gen2 article.

To learn some tips and tricks to make building your own AR15 as painless as possible, take a look at our Easy AR15 Build writeup.

If you are looking for a good deal on emergency preparedness items, including gun related gear, then check out our Survival Gear Deals page.