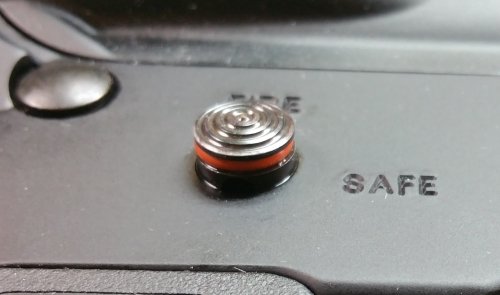 There are many different options available for upgrading the stock safety on an AR15. Most of these are a variation on the original rotating lever design. Various companies offer a variety of different rotation angles and lever lengths, as well as styles and colors. However, Elftmann Tactical has come up with something a bit different, a push button style safety for the AR platform, the Elftmann Ambidextrous Speed Safety. 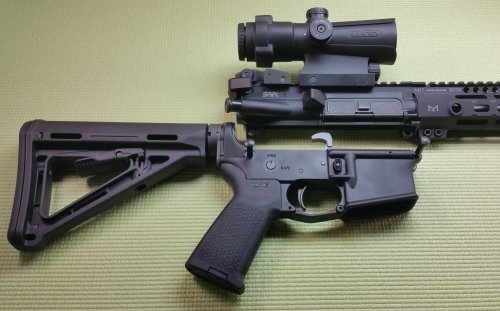 As a southpaw, one of the design drawbacks to the mostly excellent AR15 platform is that the safety is on the wrong side. The common fix for this is to upgrade to an ambidextrous safety, which puts a lever on both sides of the lower receiver. However, for both left and right handed shooters, this can put the end of one lever poking into the top of the dominant hand when pulling the trigger. The Elftmann Ambidextrous Speed Safety safety is another approach to solving this problem, as it eliminates the levers entirely. Installation is straightforward and starts with pushing out the two takedown pins to separate the upper and lower receiver. 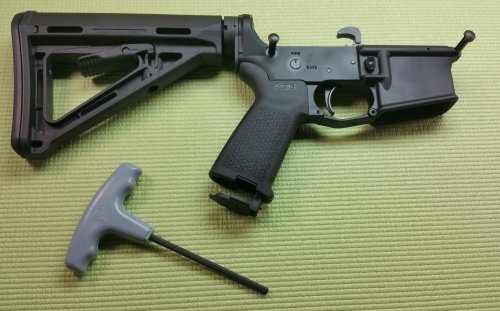 Once the lower and upper halves have been separated, the pistol grip needs to be removed. It is usually held in place by a single 1/4″ hex bolt which can be accessed through the hollow body of the grip. On ARs that are using a Magpul or similar pistol grip, a floorplate or insert may have to be removed first, in order to access the bolt. 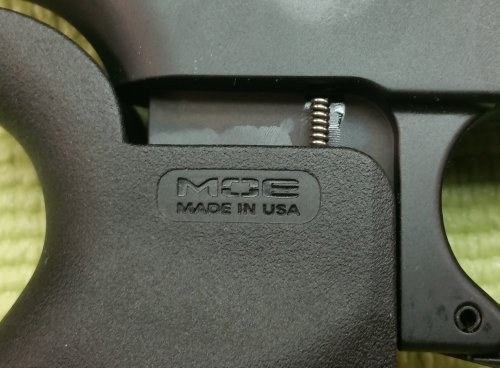 When removing the grip from the AR lower receiver, take your time. The pistol grip holds a spring in place that can easily disappear into the carpet or bounce under a workbench into parts unknown. It is best to slowly slide the grip down and wiggle it a little, if needed. Once removed, keep the bottom of the spring in the small hole on top of the pistol grip, as it will be needed during reassembly. 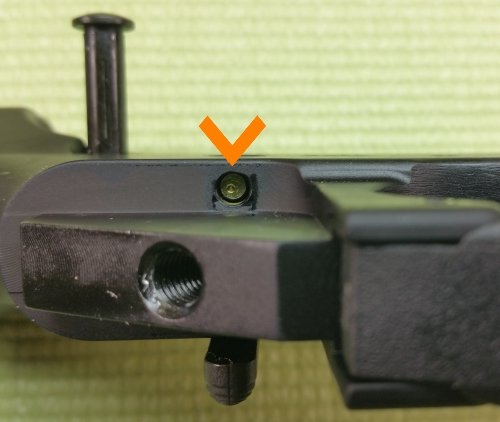 Sitting on top of the spring, inside the hole on the lower receiver, is a small detent pin. If it does not come out on it’s own, give the AR lower a few hand taps and it should drop loose. This detent pin can be set aside, as we’ll be replacing it with a new one. 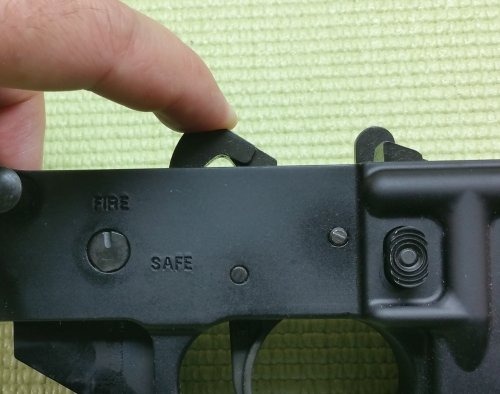 Next, manually cock the hammer back. At this point, the safety lever can rotate freely and often just be pulled out of the lower and set aside. But, with some triggers, you might need to tap out the hammer and possibly the trigger pins to get all the moving parts out of the way. If that is the case, just reassemble the trigger parts after the new safety is in place. 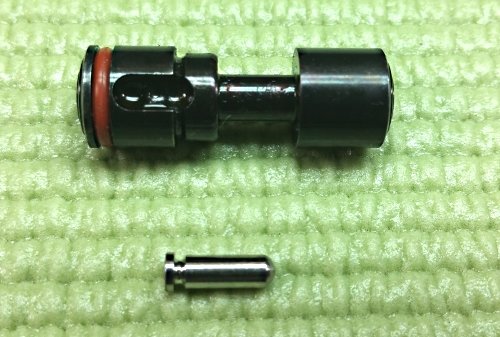 Elftmann packages the push button safety with a new detent pin, which we’ll need in a minute. It is interesting that the red “fire” line is actually an o-ring which fits into a machined groove next to the head of the button. Before installing the safety, it is important to find the oval recess right next to the red line. 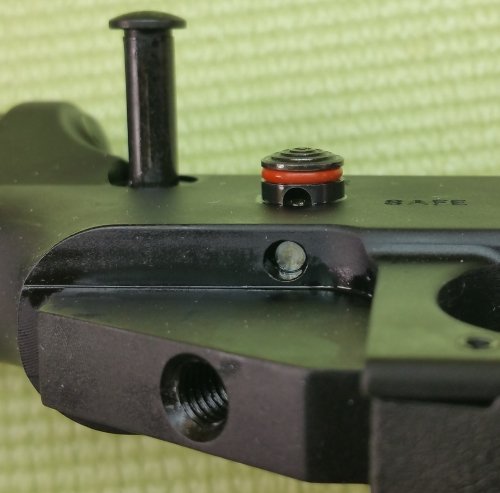 When inserting the push button into the AR lower, make sure to line up the recess on the safety, with the hole in the lower for the detent pin and spring. Once the parts are aligned, insert the new detent pin into its hole on the lower to help hold the safety in place. Then, after making sure that the spring is still in the hole on top of the pistol grip, reinstall the grip on the lower. 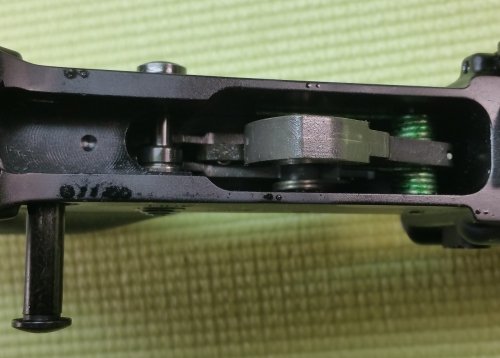 After installing the safety, function test the rifle to make sure the new safety parts work as intended with the specific lower and trigger combination. Ours was a bit stiff when first installed, but everything smoothed up nicely after playing with it for a few minutes. Since one end of the safety is always sticking out of the left or right side of the rifle, it is easy to check and see if it is engaged both manually and visually. Taking the safety off also provides a clear auditory “click”. That said, it is hard to imagine a common scenario where this safety could be accidentally disengaged by bumping the rifle. I’m sure it would possible under unusual circumstances, but disengaging the safety does take an intentional effort. After bumping, slapping and otherwise knocking around my AR for a while, nothing I was willing to try caused the safety to accidentally disengage. 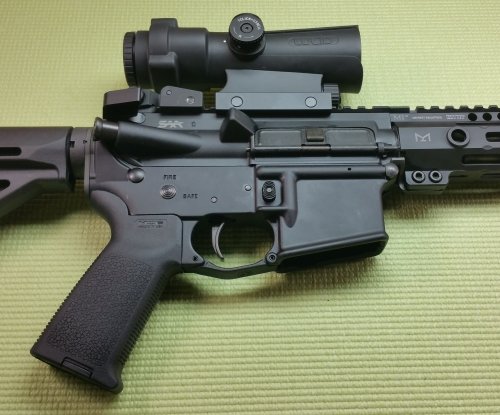 After running the Elftmann Ambidextrous Speed Safety for a few weeks, I’m still impressed. As a lefty, it is much faster for me to manipulate than the standard milspec design. In an emergency situation, the time savings and reduced hand and finger motion could be significant. Honestly, I’m not sure why someone didn’t think this up as an AR option years ago. Weapons such as the Remington 870 have used a very similar design for ages with good success. My only complaint is that the simpler push button safety makes the 90° FIRE/SAFE marks on the lower rather irrelevant. Otherwise, for folks who are not happy with the standard AR safety, the Ambidextrous Speed Safety is an upgrade worth considering.