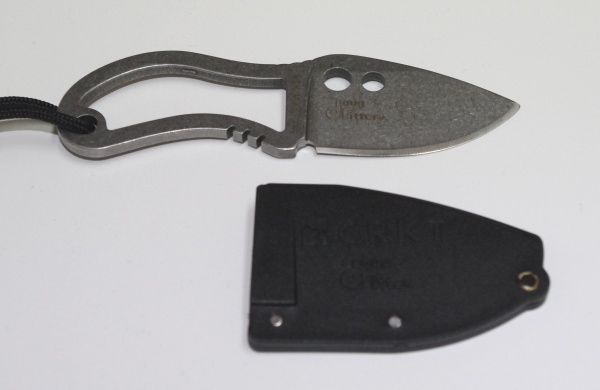 The RSK Mk5 is a balance of compromises. While most survival knives end up looking like what Rambo would need to single handedly take down a Polar Bear, this one was planned out with some very different goals in mind. The RSK Mk5 was designed by Doug Ritter to be small enough to fit into an Altoids tin and inexpensive enough that everyone who wanted to buy one, could afford to do so. This blade is made by Columbia River Knife and Tool as model 2380, with the production work handled overseas to keep the price to a minimum. 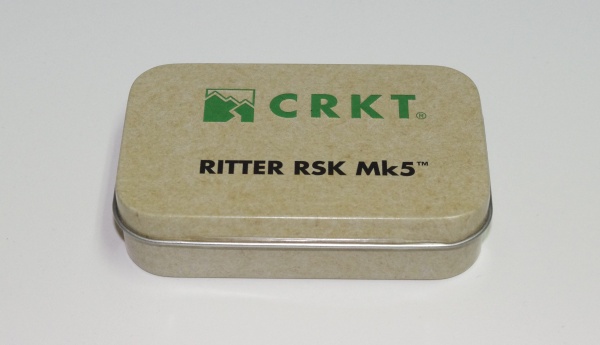 Doug Ritter’s RSK Mk5 ships with the knife, a short lanyard, sheath, metal tin and instructions. The lanyard is designed to be knotted and function as an extension of the two finger handle. This actually works fairly well in practice. The sheath is made of fiberglass reinforced nylon and is a minimalist design. It holds the blade very firmly and has a hole at the far end if you want to hang the RSK Mk5 as a neck knife. The metal tin is similar to an Altoids tin and would be a fairly unobtrusive addition to a laptop bag or purse. The instruction sheet lists some common suggestions for survival kit items that will fit in the tin, with the knife. 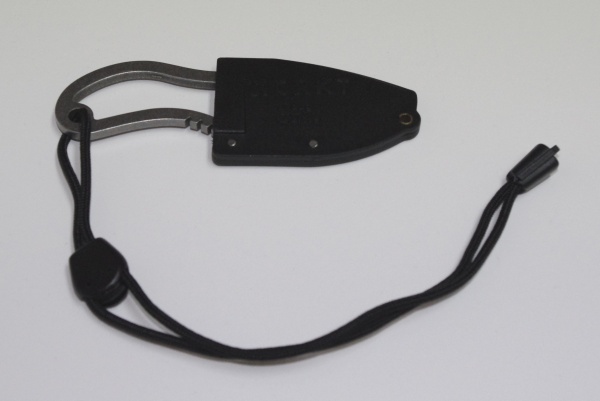 The RSK Mk5 we ordered did not come from the factory particularly sharp. There was nothing really wrong with the knife, but it did need a little finish work to really put a good edge on the blade. Like most factory knives, production starts with blanks that are stamped out, ground and heat treated in large batches by big machines. Hand finishing is kept to an absolute minimum to keep the price down. This really is not a problem if you plan to spend five minutes at the workbench with your new knife and an Arkansas or other fine stone to get it “shaving sharp”. 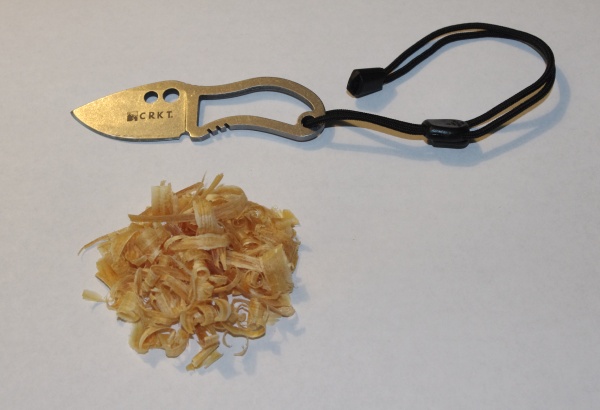 The blade sharpened up quite easily, partially due to the fact that it is made from 2CR13, which is the less expensive, imported equivalent of a 420 steel. This is not the latest magic knife steel, but rather a pretty basic stainless variety. It will need to be sharpened more often than a higher carbon steel, but also with less effort. We were able to quickly get an edge that would shave paper thin curls off of a piece of hard, resin soaked pine heartwood. This would be an excellent start to a nice fire, if you found yourself spending the night in the woods unexpectedly. The tin that comes with the knife easily fits a mini Bic lighter or a ferro rod with room to spare. All things considered, the RSK Mk5 does a very good job accomplishing what it set out to do. It is a simple, lightweight and inexpensive backup knife that would work perfectly well as a cutting tool in an emergency situation. It could be bigger, fancier and finely hand finished, but that would make it totally another knife at a very different price point.