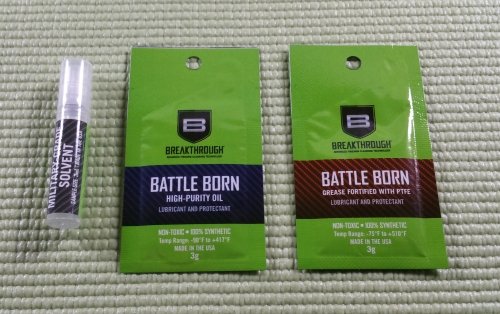 One of the more interesting things that I picked up this year at SHOT Show 2016 was a product sample from the Breakthrough Clean booth. The Breakthrough people were handing out trial sizes of their solvent, oil and grease to folks who stopped by to check out their product line. I had a chance to chat with a few guys from their company, who explained that they figured out that a jet engine cleaning solvent would work really well on guns. After getting home from the show, I was looking forward to trying their products for myself. 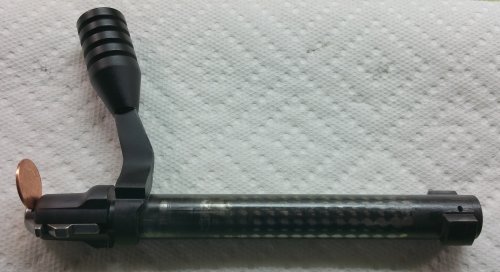 In the age of CLP type all-in-one cleaners, Breakthrough Clean went back to the drawing board and came up with three separate products. The Breakthrough Military-Grade Solvent has all of the garbage filtered out, to the point that it has almost no smell, no carcinogens and is safe for wood, plastic, paint, etc. The idea being that a stand alone solvent can be made to perform better than one that is also trying to lubricate and protect at the same time. Those last two jobs are left to their separate synthetic oil and grease products. Their lubricants are designed with the same safety concerns in mind and this has all been verified through various independent tests. In order to give all three products a shakedown run, I started by pulling the bolt out of my Remington 700, which hadn’t been cleaned after the last trip to the range. 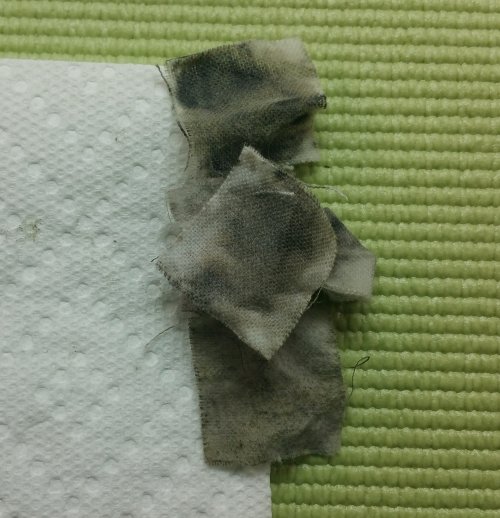 One of the first things that stands out about the cleaning spray is the lack of odor. It doesn’t have the strong Hoppe’s No. 9 musk that brings back so many memories. Second, this stuff has the work ethic of brake cleaner. It quickly takes off carbon and oil, leaving dry metal. All of the patches shown above were just from scrubbing off the bolt and firing pin assembly. If you start with the Battle Rope kit, be prepared to pump the bottle of solvent a few times before it gets going.

The Breakthrough Clean Battle Born High Purity Oil works well when applied to a patch and spread on as a super thin layer. Just a smidge of Battle Born Grease was easily enough to take care of the bolt’s lugs and cams. After lube and reassembly, the bolt ran noticeably smoother than before. Also, there was no noticeable odor from either lubricant. All of these products not having a strong smell is a plus if a firearm might be used to try and put some meat on the table during tough times or if you work on your firearms at the kitchen table.

Next, we set the Breakthrough trio loose on a dirty Glock. Once again, the solvent removed not only carbon, but also grease and oil residue left from previous range sessions. As for cleaning effort, it is closer to wiping than scrubbing to turn a patch black. There was still not a single “what’s that smell” comment from anyone in the house. 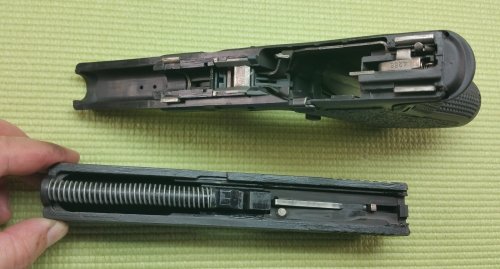 After using a squeeze of oil and a finger daub of grease, the Glock was relubed and ready to run. A little goes a long way, so there is no reason to go overboard. Too much lube just attracts dust, dirt and carbon so always err on the side of moderation. In a similar experience as with the bolt gun, the pistol was noticeably smoother after using the Breakthrough trio. 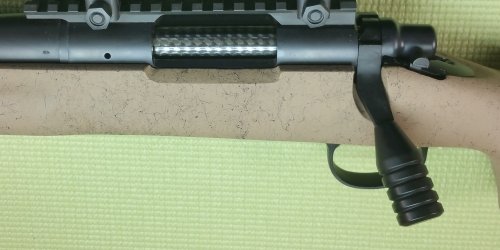 Breakthrough’s products are a nice addition to the crowded “gun clean and lube” market segment. The closest competitor that I’ve used recently is FrogLube, which performed acceptably well on a few guns and knives over the past year. As a comparison, FrogLube has a similar solvent/lubricant usage pattern, a non-offensive “minty” odor and is also not toxic. However, the drawback that I’ve run into with Froglube is that since it is biobased, there are compatibility issues with some petroleum based products. In an emergency, people might not have the option to be picky and could have to use whatever is on hand. This is where Breakthrough’s products start to pull ahead. The separate clean and then lube steps do work better than the various bottles of CLP I’ve collected. Battle Born oil isn’t as cheap as a bottle of Mobil-1, but the trade offs are a lack of odor and freedom from MSDS warnings. From the preparedness point of view, having just one set of clean and lube products that are safe for use not only on all firearms, but also tools or knives that could potentially come into contact with food, certainly simplifies planning and usage.

I’m looking forward to seeing how Breakthrough clean products work over the next year on notoriously dirty .22LRs and ARs after hundreds of rounds of carbon buildup. But, as things stand now, paring up Breakthrough’s Military-Grade Solvent, Battle Born High-Purity Oil

and a tube of Battle Born Grease

sure looks to be a good all around option for the clean and lube maintenance of both firearms and other outdoor gear. These products work at least as well as anything else that I’ve tried and a decent sized container of each should last for years.