Ammo Buying Basics – What You Need To Know 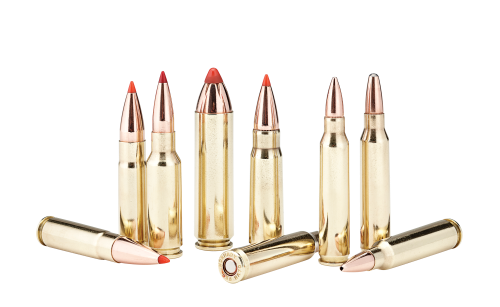 Whether you are taking your first stroll down the ammunition aisle at the local gun store or shopping online to stock up, buying ammo can be confusing. In order to make this a little easier, we are going to take a quick look at some of the current options and terminology to help you get a better understanding of what is on the shelf. Let’s take a look at some general terms that show up regularly:

Caliber – This is a measurement of the inside of a gun’s barrel. It is often part of the name of a type of ammo, so “.50 CAL” refers to bullets that are a half-inch in diameter. However, there are many examples of two very different kinds of ammo that share the same number, such as .357 Sig vs .357 Magnum or .22 Long Rifle vs .22 Hornet. Be careful, as names that are similar can be incompatible or even unsafe if mixed up. Always look for the ammo type specified by the manufacturer. 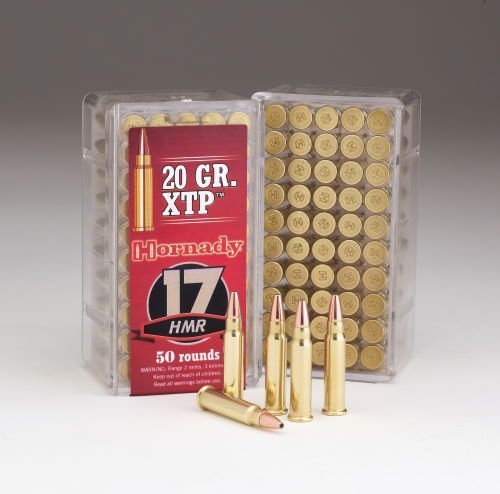 Rimfire – This refers to calibers such as 22LR and 17HMR. Instead of having a primer inserted into the back of the cartridge, rimfire rounds have the priming material added into the brass and spun into the rim during the manufacturing process. They are generally considered single-use cases. 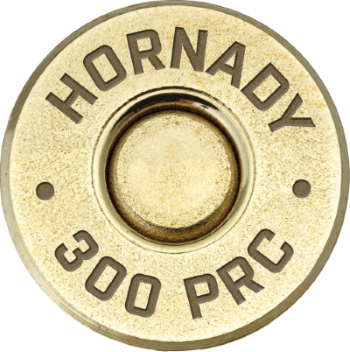 Centerfire – Centerfire ammo makes up the majority of pistol and rifle calibers. These are rounds that are built from the standard combination of brass, primer, powder and bullet. During use, a firing pin or striker hits the primer in the back of the brass case. This ignites the gunpowder from the center of the case, so they are”center fire”. 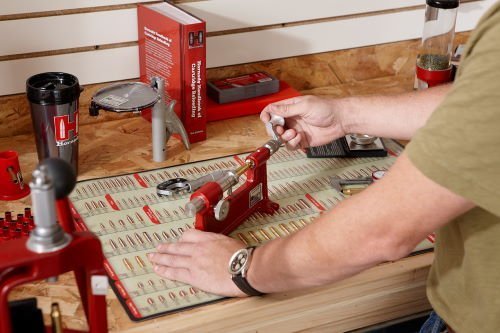 Reloadable – These are brass cases that can be potentially reused to either reduce the cost of shooting or produce more accurate ammo. Getting this cheaper ammo often requires purchasing a fair amount of potentially expensive reloading equipment, which becomes a hobby in itself. 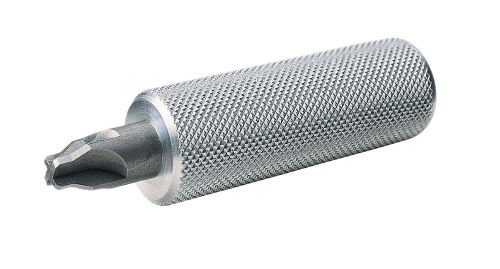 Crimped primers – These are the bain of reloaders everywhere and often found on military ammunition as a way to secure the primer into the case so that it cannot loosen during rough handling, machine-gun fire, etc. A primer pocket reamer tool will help to remove the crimps and make the brass reusable. 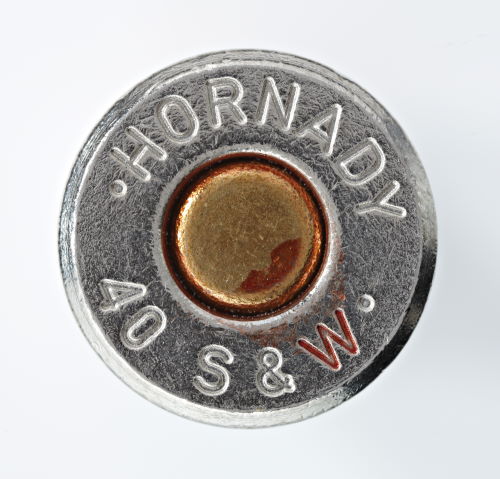 Sealed primers/neck – This is also a common feature on military ammunition, where the edge of the primer and the bullet/case junction are coated with a sealant in order to help keep the gunpowder dry during extreme situations. It is possible to apply bullet and primer sealer to do this yourself. 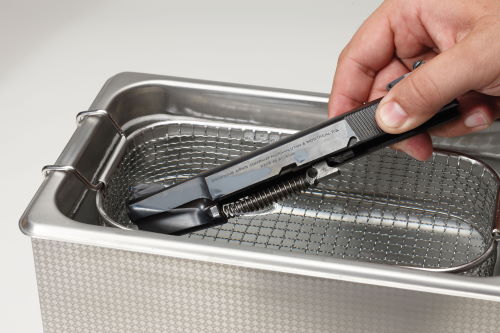 Corrosive ammo – These rounds use an older style of priming compound that can leave a corrosive residue after ignition. It is a good idea to very thoroughly clean the firearm after using this type of ammo. 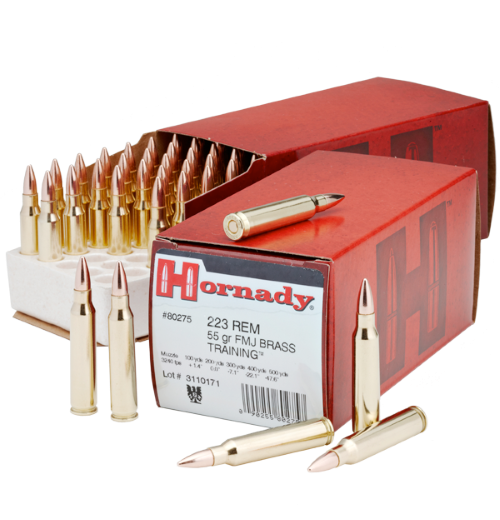 Range/Practice/Training Ammo – This is a polite way of saying that this is less expensive ammo produced with less attention to detail in order to keep the costs down. It is not necessarily bad ammo, but is unlikely to produce the best results in regards to consistency and accuracy. However, range ammo tends to be cost-effective. 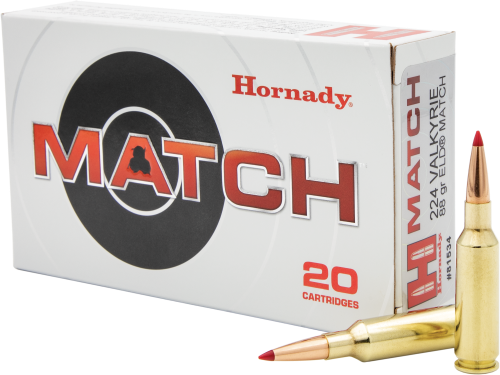 Match Grade – The term “match grade” can mean different things to different manufacturers. It usually means that there is at least a match grade bullet used in the round. It can also mean that additional quality control steps or care was taken during the manufacturing process. Federal Gold Medal Match is often mentioned as being the standard against which other match grade rounds are compared. Often price is a good starting point for determining the level of effort that went into producing match ammo. Standard Deviation is a common measurement of the consistency of match rounds with lower numbers being better. 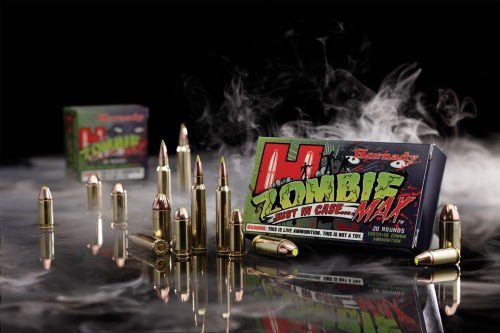 Police/Tactical/Defense/Zombie – These are frequently marketing terms for the latest and greatest version of a hollow point. A significant amount of effort is often put into both the engineering and marketing of new ammunition. One of the most famous tactical rounds would be the dreaded Black Talon of the 1990s. The hype grew to the point that it was removed from the civilian market, which of course made it expensive and collectible, before finally being replaced by newer and incrementally improved hollow point designs. 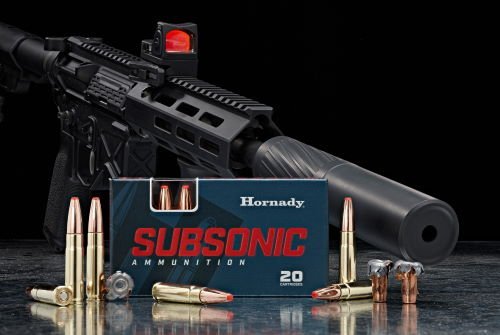 Subsonic – These are bullets that should usually travel below the speed of sound. This will avoid producing a sonic boom when used with a suppressor. That said, there is still a controlled explosion produced by burning gunpowder, so do not expect them to be as quiet as what you see in the movies. The common, realistic goal is to lower sound to the point that it will not cause permanent hearing damage. 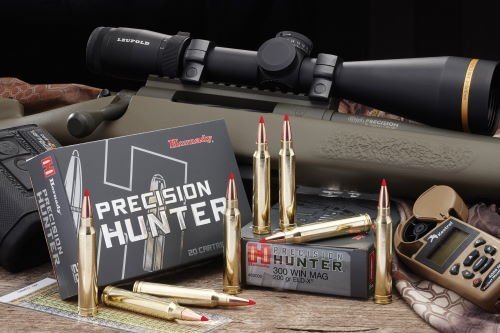 Hunting/Bonded – These are frequently bullets where the copper jacket and lead core are designed to stay together after impacting a target. This design can help improve the rate at which hunters are able to make a humane kill on large game animals, as it leads to deeper penetration. 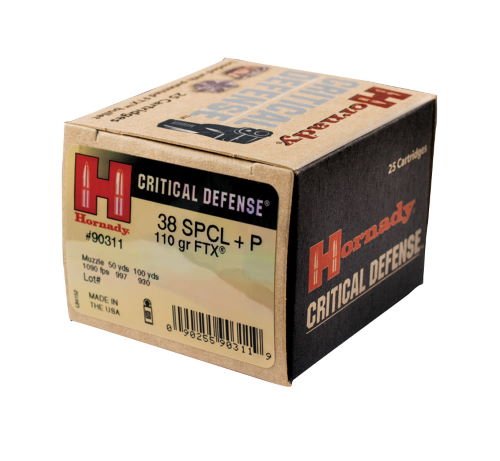 P+/+P+ – These are rounds that will produce more pressure than usual when fired. The goal is frequently to produce a more capable defensive load. Some guns are designed with this in mind, but others can potentially become unsafe, so be wary and check with the firearms manufacturer before going down this path. 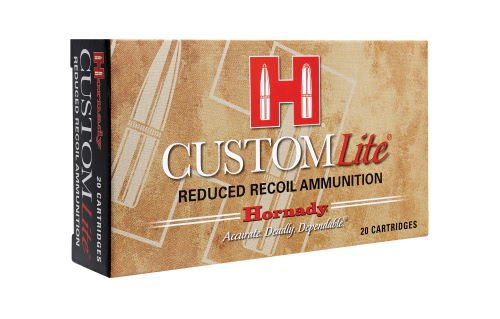 Reduced Recoil – This is pretty much the exact opposite of a +P+ round. These cartridges are designed to produce less pressure and therefore, lower recoil than usual. They can be just as dangerous as any other ammo and are often a good choice for newer shooters, smaller framed folks or people who are recoil sensitive. 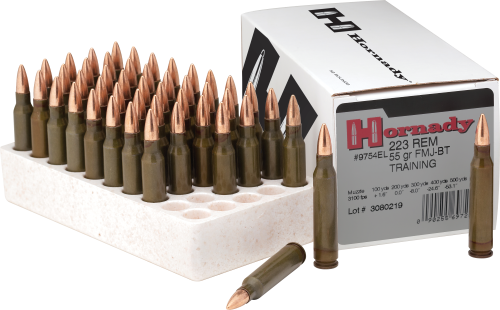 Steel Case – These are rounds who are loaded into a case made out of steel instead of brass. Steel cases can be significantly cheaper to produce, so this ammo is often at the low end of the price spectrum. The steel is usually coated in either lacquer or polymer to improve function. Russian calibers have been successfully using lacquer coated steel cases for many years. However, not all firearms will function reliably with the most inexpensive ammo available and some higher volume shooters report higher rates of wear and tear from this less forgiving case material.

Brass Case – This is the most common ammunition case material. The quality of the brass used can vary. However, the biggest difference between high-end and regular brass ammo for most users is the number of times that it can be reloaded. If you are not reloading your ammo, it is not a big issue. 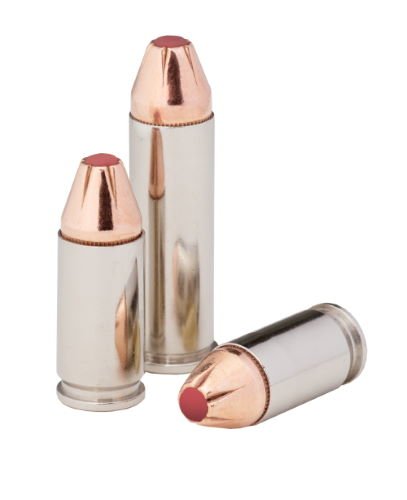 Nickel Plated – This is the prettier version of the standard brass case that comes at a slightly higher cost. The brass is simply coated with a thin layer of shiny nickel, which won’t tarnish. This also provides a smoother finish that is less likely to have an issue in semi-auto pistols during potentially critical self-defense scenarios. The trade-off is that users usually get fewer reloads out of nickel plated brass.

Now that we’re up to speed on ammo types and features, let’s take a look at some of the most commonly found bullet types, since that is what we ultimately send flying downrange: 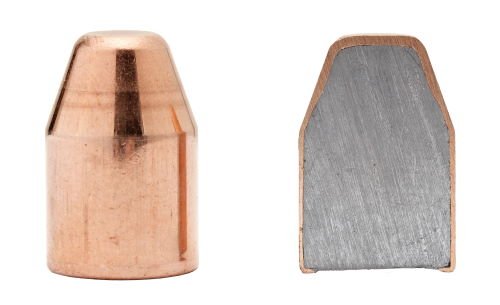 The traditional full metal jacket bullet is one of the least expensive copper jacketed bullet designs. It can also be easily shaped by designers and manufacturers to work reliably well in a wide variety of weapon systems. The trade-off is that they usually do not have many tricks up their sleeves to help improve terminal ballistics and tend to just poke a hole in the target.

Hollow Point bullets have set the standard for self-defense and hunting rounds for years. There are new versions of this basic bullet design coming out every year, but the basic premise stays the same. When a HP bullet strikes a target the hole in the front of the round provides a way for the pressure to spread out against the walls and start to quickly open the front to a shape roughly resembling a mushroom. This allows a smaller bullet to make a bigger hole in the target. 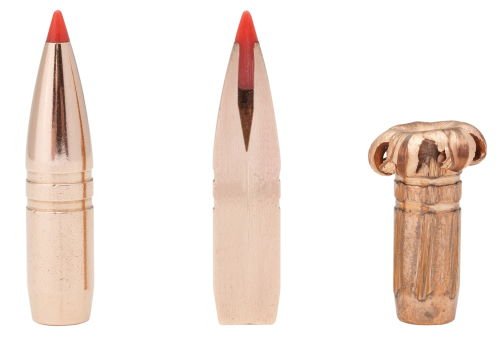 Polymer Tipped ammo is largely an attempt to improve on the basic hollow point design. One challenge with the basic HP bullet is that if the round goes through material that fills in the front hole, it can lose its ability to expand quickly and evenly. Some HP rounds have variations on the design to help overcome this issue, but the polymer tip round attempts to bypass it entirely. When striking a target, the polymer tip is shoved backward, into the hollow front of the round, helping to jumpstart the expansion process. The tips can also be manufactured very consistently pointy, which can help with the aerodynamics of a bullet, improving its performance over long ranges. There are some newer bullet designs that replace the polymer tip with one machined from aluminum for potentially better performance over longer ranges at a higher manufacturing cost. 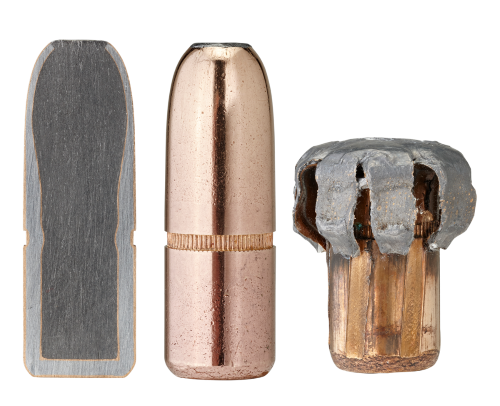 Lead Tip rounds are most often found in hunting ammunition. There are, of course, many variations on this basic design, but the modern open lead tip provides a good balance of expansion and penetration, which are two of the big factors that impact how quickly a good shot leads to a clean kill. 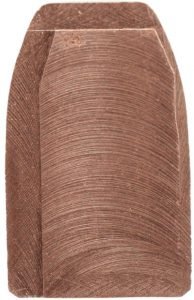 Prefragmented bullets are usually made by some variation of pressing together a metal powder or small bits that will disintegrate when striking a target. These are generally marketed as safer bullets, since they are less likely to ricochet and provide less wall penetration during home defense type scenarios. In theory, they provide a very high level of energy transfer to the target, but this can come at the expense of penetration depth. It is definitely an area worth researching if you are considering these for home defense. 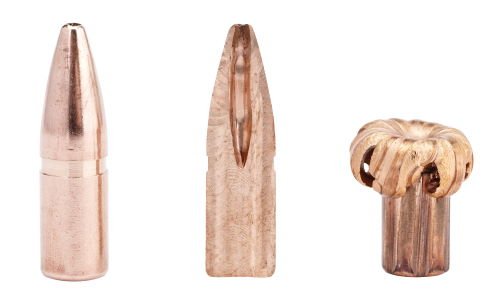 Solids are not made out of copper covered lead, but instead can be anything from entirely copper to machined bronze. They are frequently used when bullets need to conserve mass and not fragment when hitting a target. Also, they are a common choice when hunting with lead bullets is not allowed. The cutting edge of these designs are used for extreme long-range shooting, when consistency is close to a “money is no object” kind of endeavor. 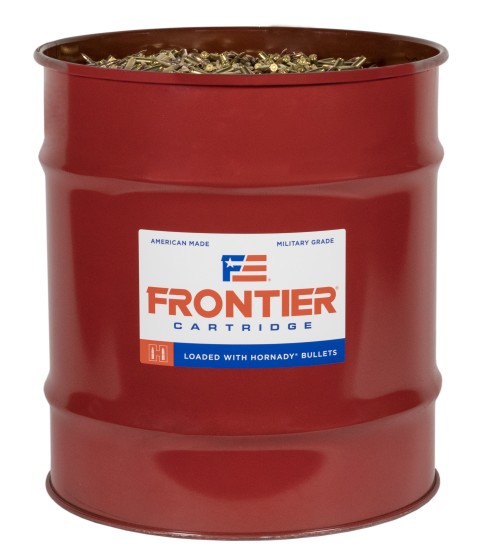 The last thing to consider when shopping for ammo is packaging. It is pretty obvious why we saved this topic for last, because who wants to read about packaging? But, it can make an important difference. If you are just snagging ammo for this year’s hunting season, then you’ll probably just pick up a cardboard box of 20 rounds and head home. But, if you are stocking up for any one of a long list of preparedness related reasons, then ammo that comes in a plastic or metal storage can might be worth a few extra bucks to help protect your investment until it is needed. Some ammo, usually surplus, comes sealed in a “spam can” that is not resealable or packed in heavy plastic bags. At the extreme, if you really want a bulk discount, you can get the Frontier ammo barrel of close to 14,000 rounds for your AR15 for around four thousand dollars. There is also a version with 7500 rounds from Lake City for the 7.62 shooters. Either way, that should cover all your bases for the foreseeable future.