350 Legend Review… As A Survival Rifle?

A few weeks ago I wandered past the sporting goods section of the local big-box store and saw that they had 350 Legend ammo in stock. Actually, the only ammo that they had in stock was 350 Legend and these same boxes have been sitting there for quite a while now. So, I started to wonder if a case could be made for the 350 Legend as a survival rifle. 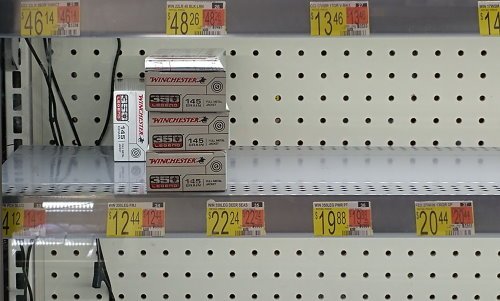 Right off the bat, “Survival Rifle” is a loaded term. Some folks imagine a pilot baling out of a flaming plane as it goes down with nothing but their wits, a carbine, and a small pack. Others think of reaching into the trunk of their car after it skids into a snowy embankment in the middle of an isolated wilderness or hunting for local game after the power goes out…for quite a while. Ultimately, how well does the 350 Legend stand up to other common survival rifles?

The 350 Legend was originally created to target the Midwestern United States deer hunting market. Some of these states have rules requiring hunters to use straight-walled cartridges instead of the more common necked rifle rounds. Since this severely limits a hunter’s ammo options, Winchester created this new round with the goals of flatter shooting and better stopping power than the current caliber choices. 350 Legend brass also has the same size rim as the .223 Remington, so it is possible to re-work an AR-15 to shoot this new round by switching in a new barrel and redesigned magazines. 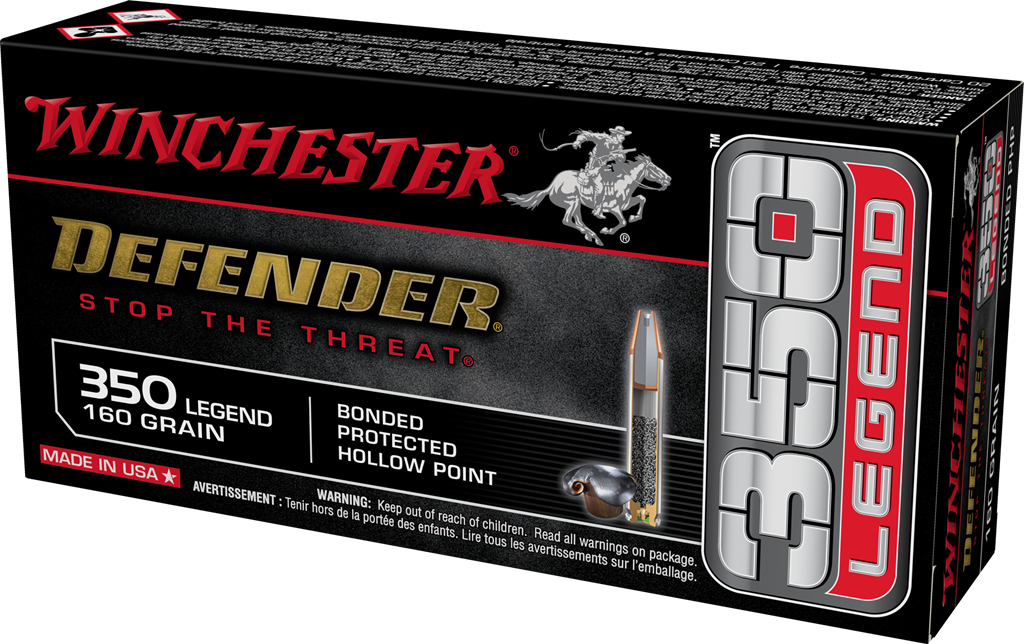 Currently, most of the 350 Legend factory ammo options fall into either the “practice rounds” or “hunting loads” categories. This makes sense, considering the most common use case. Winchester does make a 160-grain Defender round designed for personal defense. As an example of 350 Legend ballistics, with a hundred-yard zero, the round is only -0.3 of an inch low at fifty yards but drops to -8.9 inches at two hundred yards. Similarly, the 1206 ft/lbs of energy at one hundred yards drops to 809 ft/lbs twice as far out. Functionally, is an effective round that is range limited to ~250 yards by design, so not meant to be a replacement for your 6.5 Creedmoor.

There are a fair number of rifles available that are chambered for 350 Legend. Ruger is currently offering 15 different flavors if you count the nine distributor exclusives. This includes the Scout Rifle, Ruger American Bolt Action, Ruger American Ranch Rifle, AR Pistol, and AR carbine. Savage Arms comes in with fourteen bolt actions, including two left-handed versions. (Thanks, Savage.) So, manufacturer support is certainly not missing. The AR-based versions do require non-standard AR magazines and 5, 10, or 20 round versions are available.

So, does the 350 Legend stomp the competition as a survival rifle? Not really. If you were getting one as a hunting rifle to comply with weird state laws, it could be made to work for emergencies. It is not a bad round and seems to have enough support at the moment to hang around for a while. But, the straight wall case design does come with inherent limitations. Other common calibers such as .223, .308, 300 Blackout, and 6.5 Creedmoor either beat it in range, magazine capacity, ballistics, etc. If you are shopping for a new survival rifle, definitely spend some time comparing 350 Legend to the competition and see what is the best feature set for your needs.