is the latest in rocket stove design. This style of stove has been around in various forms since the early 1980s. The original idea came about as part of research into creating a super efficient stove that people in third world countries could use to cook their meals with less fuel and air pollution. There have been a multitude of improvements to the rocket stove concept from both continued research and learning based on feedback due to real world problems and experiences. 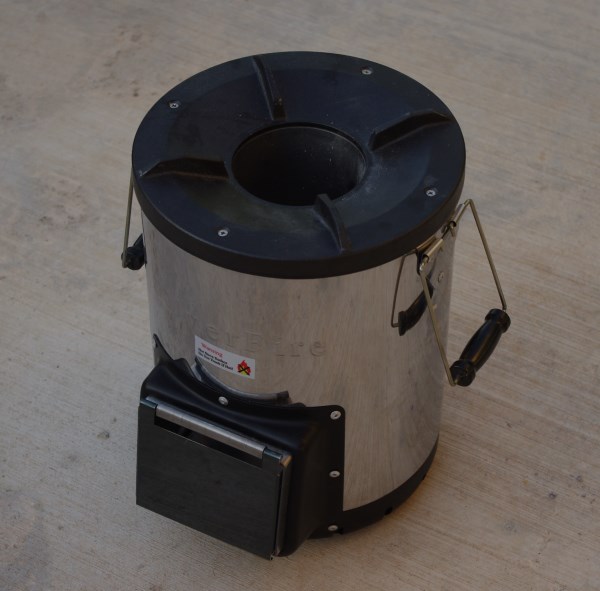 One of the biggest changes that makes the SilverFire a real next generation rocket stove is that the airflow pattern has been optimized to get the most usable heat from the least amount of fuel. The bottom of the stove is vented to allow air into the stove body from the base. This feeds oxygen in from the bottom of the fuel chamber and also in through a secondary set of ventilation holes above the burning wood. Once this rocket stove starts burning, it produces no smoke, as long as you tend the fire a bit. 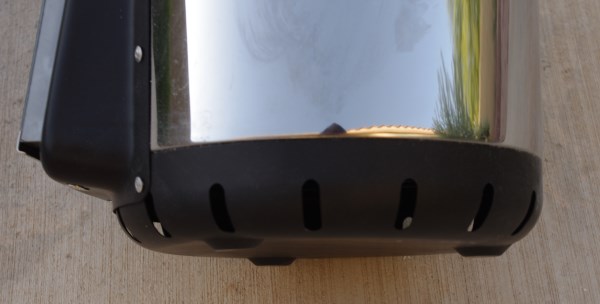 It is possible to make a rocket style stove yourself out of found materials. They are sometimes put together as field expedient units from tin cans or roofing materials. While it is possible to do this and end up with a functional stove, these homemade models should not be used as a basis for establishing what a rocket stove can do. They lack many of the modern engineering advances, like the primary and secondary air channels that we just mentioned. The most recent production stoves are taking advantage of twenty years worth of prototypes and tweaking. The engineers are to the point now that changes are made in millimeter adjustments to optimize airflow and heat transfer. 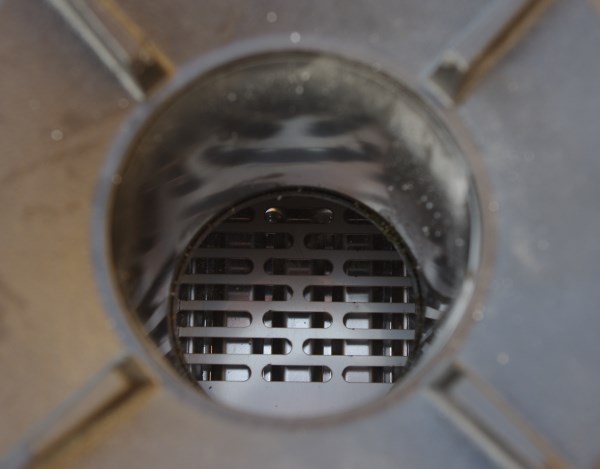 Earlier rocket stove designs were basically a sheet metal bucket with a clay pot type insulating layer inside and a thin cast iron top. They were designed with the idea of absolutely minimizing production costs to make the stoves affordable for people living in poverty. These early models were a big step up from literally cooking dinner in a pot that was sitting on a few rocks, over an open fire. However, real world use quickly found that this emphasis on minimizing cost came at the expense of durability. The fragile ceramic insulation would break in shipping, if handled roughly and the sheet metal parts had a tendency to rust. The SilverFire stove has overcome these early problems by using perlite and ceramic wool as insulation and upgrading from sheet metal to stainless steel. 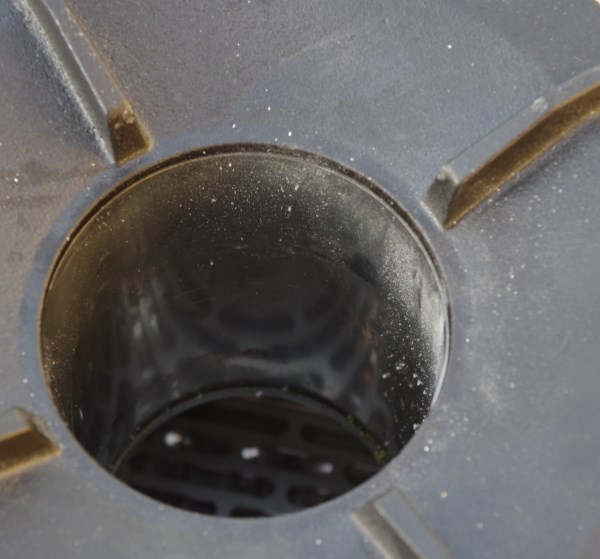 When we opened the box and took our stove out for the first time, it was dusty. This was due to the perlite insulation, which is kind of like popcorn, but made largely of silicon. It was easily fixed by wiping the stove down with a damp rag. The big advantage of using perlite and ceramic wool over the older, clay type ceramic insulation is that it cuts the weight of the stove in half, down to a little over twelve pounds. These materials are also not fragile, making the SilverFire a stove that can literally be thrown in the back of a truck if you are in a hurry. 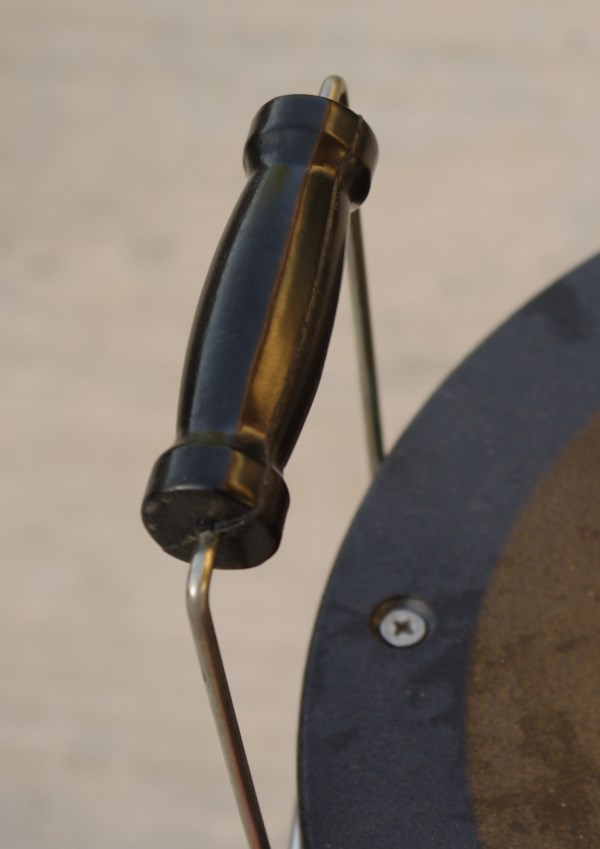 Some of the design tweaks to the SilverFire are based on feedback from actual field use in third world countries. A good example of this is that the stove’s handles fold far enough away from the body to allow it to be carried while still hot. This was found to be a need for people living in refugee camps. When the camps are attacked, the folks living there have to grab whatever few valuables they have and run for their lives. A good cookstove is far too valuable a possession to leave behind and people were burning themselves on the still hot metal as they ran away, carrying their stoves. Fortunately, this was easily fixed with the handle upgrade. 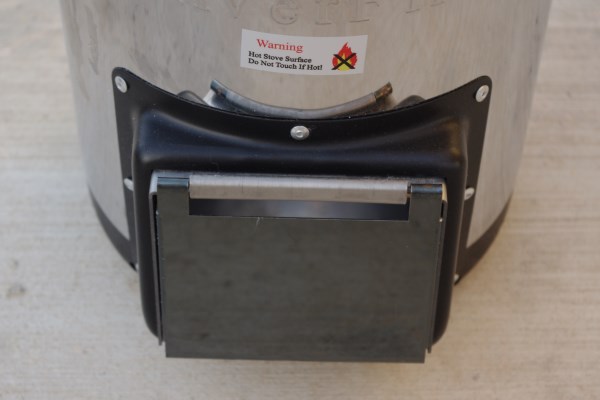 The fuel door is one of the features that makes the SilverFire stove so fuel efficient. The door is designed with a slot at the top which allows the user to see inside and monitor the fuel while it is closed. Speaking of fuel, this is a biomass stove, not just a woodstove, so you can use whatever fuel is available at the time. This could be corn stalks, twigs, branches, pine cones, bark chips, coconut shells or dried garden trimmings just to name a few. 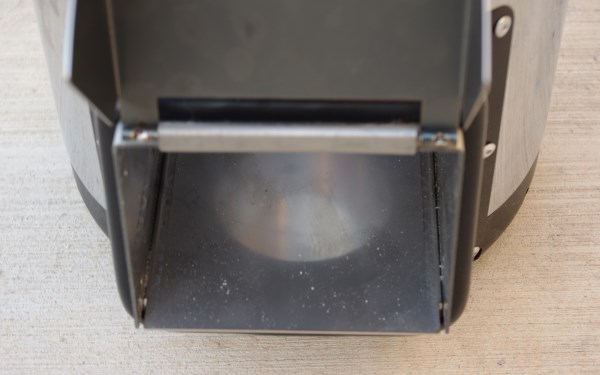 The door opens to a wide, square fuel opening, so there is plenty of room to feed in whatever is at hand. We had the best results from spreading the fuel out in a single layer across the bottom of the stove. This is not really a problem, just feed in your sticks side by side, not all stacked on top of each other in a big wad. The stove does have a rack that will let you feed in really long pieces of wood, if you don’t want to break them down before use. 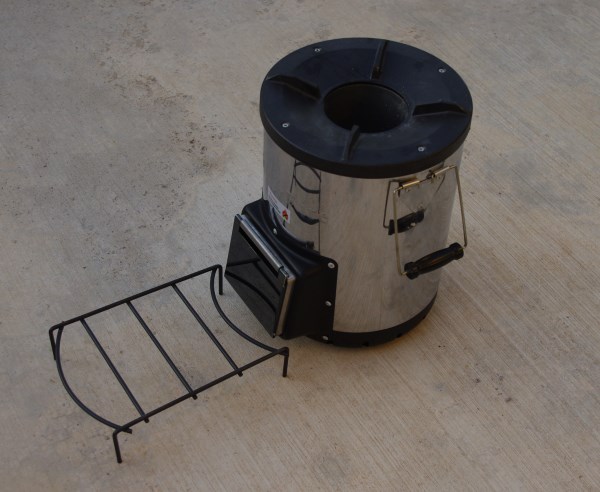 What sets the SilverFire Survivor apart from smaller stoves is the ability to do large scale cooking. Many people have a backpacking type stove stashed away in the back of the closet with the camping gear that they could pull out in the event of an emergency. These small stoves are great for a married couple living in an apartment or to keep in the trunk of your car while traveling. But, most of them have a really hard time putting out the kind of heat needed for large scale cooking or lack the ability to simmer with any kind of a usable “low heat” setting. If friends end up staying together for a while due to disaster or someone just has a large family, then a stove upgrade just makes sense. Also, if there is a need to boil water to make it drinkable or for sanitation, then this type of stove is a good option. 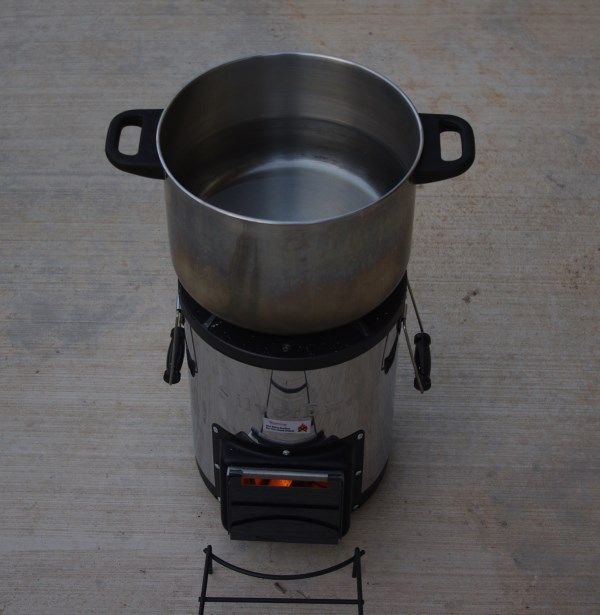 The SilverFire Survivor pictured above is working on boiling a large pot of water. Notice the absence of smoke. This is due to the efficiency of the stove, since smoke is basically unburnt fuel going to waste. This reduces air pollution, is better for the environment and just makes the stove more pleasant to use than cooking over a smokey fire. It also draws less attention for times when you might want some privacy. 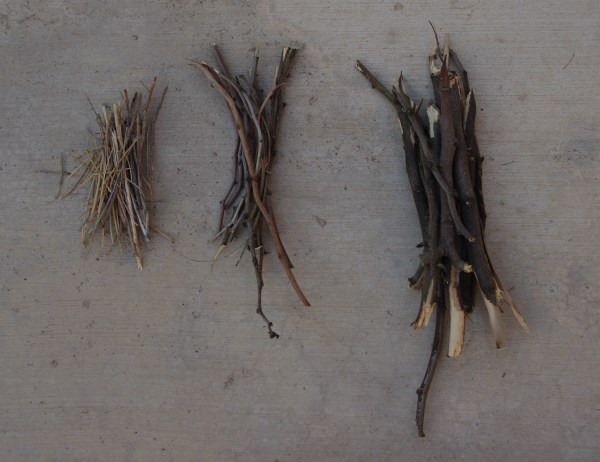 To illustrate how efficient the SilverFire Survivor actually is, I gathered up one handful each of tinder, twigs and sticks from my backyard. This was enough to a gallon of room temperature water to start boiling in just over twenty minutes. 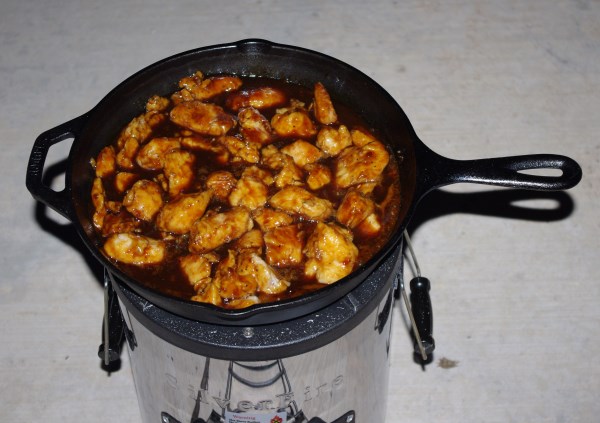 This stove can not only boil water, but the amount of fuel can be varied to allow for actual cooking. One night we made teriyaki chicken in a cast iron skillet on our Survivor stove. Only feeding the fire with a couple of sticks at a time lets you control the heat output well enough to simmer. 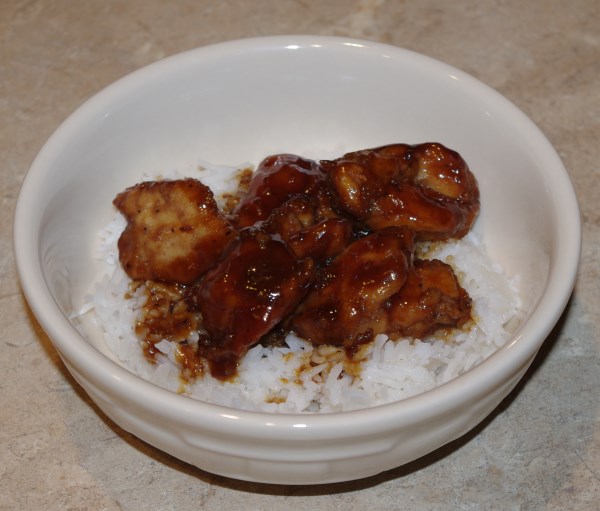 is the best rocket stove design possible with current engineering and materials. The stainless steel body is ruggedly built to stand up to every day use by people in third world countries. It gives you the option to use a wide variety of fuels that can be picked up off of the ground and can cook a meal with just a few handfuls of whatever dry plant debris are available. The stove is also big enough to boil large pots of water for cooking, cleaning or sanitation and make food for a whole family. If you want to get away from liquid or gas fuels as part of your preparedness planning, definitely give this stove a look.